Looks like Joaquin Phoenix's Joker is getting a sequel

Todd Philips is set to write a follow-up. 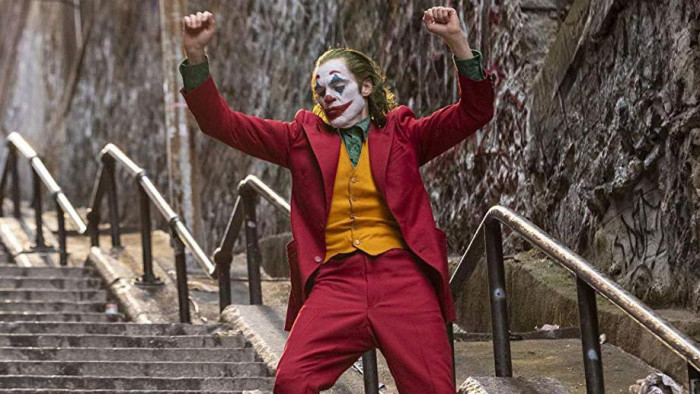 Todd Philips' Joker was a controversial and ridiculously successful comic-book movie, playing fast and loose with the origins of the Joker.

The film had more in common with Martin Scorsese's The King of Comedy than anything from DC Comics, and while the storyline of a troubled man deciding to go against those who wronged him was a rather toxic mix at a time when Trump ruled the roost in America, there's no denying Joaquin Phoenix's was stunning and, eventually, Oscar winning.

The movie always felt standalone, though, but director/writer Philips did feel that there was more story to tell. And now it looks like the movie is set to get itself a sequel.

The news comes from an 'interesting' source. It's The Hollywood Reporter but from an article interviewing Hollywood's Top 100 Attorneys. Yep, it's what the Joker would have wanted, having a lawmaker announce that a sequel was being written by Todd Philips, one of the lawyer's clients. It's also now got an IMDb page which makes it feel more official.

If - and let's face it when - the movie goes ahead it will be the first time that Phoenix has signed up for a sequel but it does make sense. Joker made over a $1 billion from a rather light $55 million budget.

Back in 2019, Philips teased the idea of a sequel, telling Deadline: "Joaquin and I haven’t really decided on it. We’re open. I mean, I’d love to work with him on anything, quite frankly. So who knows? But it would have to have a real thematic resonance the way this one did, ultimately being about childhood trauma and the lack of love, and the loss of empathy.

"All those things are really what made this movie work for us, so we’d have to have something that had an equal thematic resonance.”

Looks like that they may well have hit upon that 'thematic resonance'.

The movie will join a rather busy DC slate which includes a rebooted Batman, The Flash and James Gunn's The Suicide Squad.

Philips being attached to write a Joker sequel doesn't mean that it will get the go ahead, though. It's very likely given the first movie's success but even James Wan knows that not all properties are successful - his movie, The Trench was cancelled in April as was Ava DuVernay New Gods.