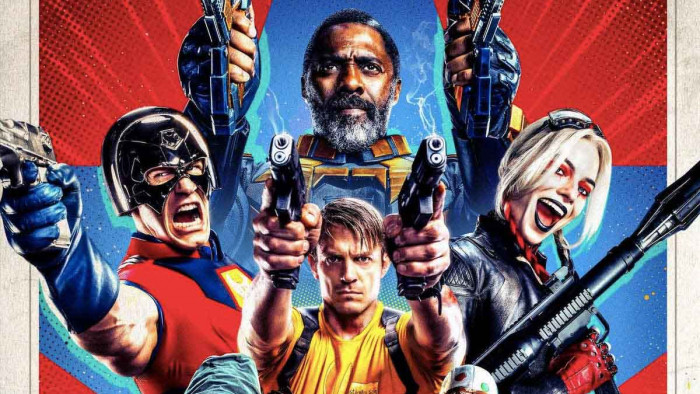 While it looks like DC has started to get itself together when it comes to its superhero franchises, it's decided that it no longer wants to continue with two of its big proposed superhero stories.

With the success of Aquaman, a fantastic-sounding franchise spin-off was announced soon after its launch. The Trench was meant to be perfect fodder for director James Wan, who started off as a horror movie director. In the film, it would have explored all the weird and wonderful monstrous characters that came from the Mariana Trench that do battle with Aquaman. This creature feature is unfortunately no longer of Warner Bros/DC's slate.

Another big movie was New Gods. Now, this is an interesting one as New Gods was set to feature Darkseid, but then he was subsequently included in Zack Snyder's Justice League. Snyder's four-hour opus featured that character, after he was initially left of the cutting-room floor, and it was pretty integral to the plot.

It's unknown whether this was a reason to take New Gods off of the slate, but director Ava DuVernay and writer Tom King have expressed their disappointment that the film is no longer happening.

Tom, I loved writing NEW GODS with you. I’m upset that the saga of Barda, Scott, Granny, Highfather and The Furies ends this way. Diving into Kirby’s Fourth World was the adventure of a lifetime. That can’t be taken away. Thank you for your friendship. And remember... #DarkseidIspic.twitter.com/XyyIjcB8Wv
— Ava DuVernay (@ava) April 1, 2021

Warner Bros and DC said of the news: "As part of our DC slate, some legacy development titles including New Gods and The Trench will not be moving forward.

"We thank our partners Ava DuVernay, Tom King, James Wan and Peter Safran for their time and collaboration during this process and look forward to our continued partnership with them on other DC stories. The projects will remain in their skillful hands if they were to move forward in the future."

Chin up, though, a new The Suicide Squad trailer, Suicide Squad - Rebellion, has also been released and this one is very different from the first. This time around it's not red band, so no swearing or excessive violence but we do get to see/hear more of Sylvester Stallone as King Shark.