This is very much a David Beckham fest. 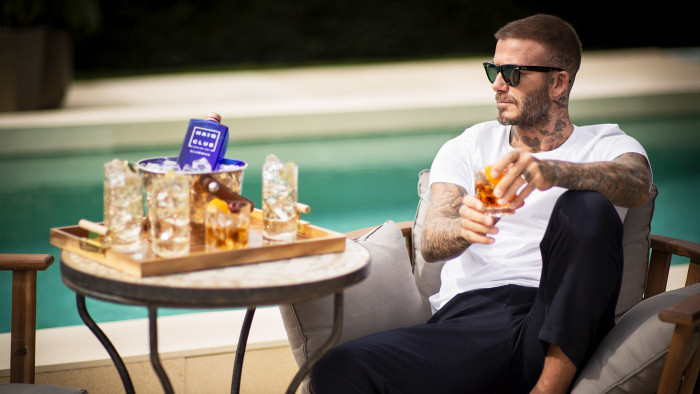 Since moving to the US back in 2007, David Beckham seems to be living a life of luxury as his Instagram fills with photos of him lounging in the sunshine with a whisky in his hand or a fast car ready to drive - not at the same time, mind.

He also seems to have his fingers in all the pies as Haig Club - a scotch whisky of which Beckham is a founding member - has signed a sponsorship deal with Beckham-backed football club Inter Miami CF.

This now makes Haig Club the ‘official’ whisky of the club, just in time for Haig Clubman - a whisky from the brand that’s designed to be mixed - to launch in the County.

As these parts of Beckham’s life collide, he seems pretty content (and why wouldn't he be?).

Speaking in a statement, Beckham said: “I’m so excited that Haig Club is launching in Miami. Miami is like a second home for me, it’s a city that has welcomed me with open arms – the energy and the people are all amazing.

“Launching Inter Miami CF this year is a really proud moment for me and to have Haig Club be a part of that is really special. I can’t wait to see people enjoying Haig Club in Miami.”

If you’re planning a trip to the sunshine state anytime soon, you’ll be pleased to know that the partnership starts in just a few weeks on 14 March - expect to see Haig Club (and Beckham) everywhere.