Harley-Davidson is working on electric bicycles

Born to be mild 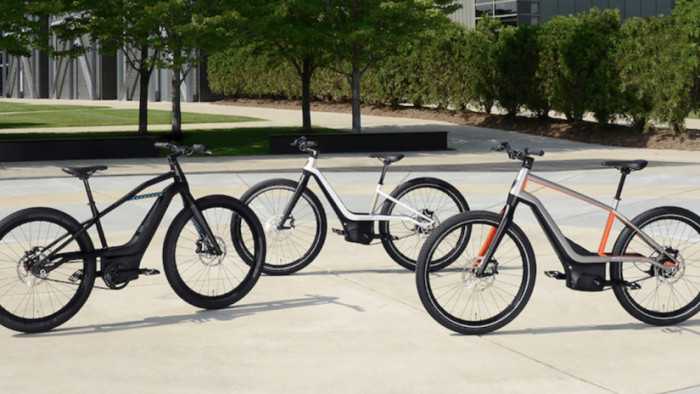 Picture a Harley-Davidson bike and you probably imagine big, chunky vehicles with even bigger, chunkier leather-clad riders. You probably don’t see pedals in this mental image.

And yet that could be about to change, as the brand best associated with motorbikes is considering pushing out into electric bicycles. As Electrek reports, Harley-Davidson has shown off a line of prototypes at its Annual Dealer’s Meeting.

It looks like the company is working on three models: two step-over models and one step-through frame. And while they’re certainly less bulky than your traditional Harley-Davidson hog, they’re a bit more muscular than your standard e-bike.

“Harley-Davidson’s first electric pedal-assist bicycles are light, fast, and easy for anyone to ride,” the company says. “Designed to shine in urban environments, this all-new line of eBicycles is just one more example of how Harley-Davidson’s More Roads initiative is actively working to inspire a new generation of two-wheeled riders around the world.”

Will they ever see the light of day? Probably. Although referred to as “future concepts”, Electrek notes the fine print is pretty definitive in its wording:

“Prototype model shown. Production model features will vary. Not yet available for sale. All future models shown may not be available in all markets.”

Hmm: “will vary”, “not yet available”... these are definitely the kind of terms you use for products that are 100% on their way, so watch this space.

Even with the help of battery power, it’s still going to require a bit of peddling muscle, so you won’t want the traditional leathers. Here’s a guide to the best bike helmets you can buy, instead.