Most of the voice cast are back, but Bender is missing. 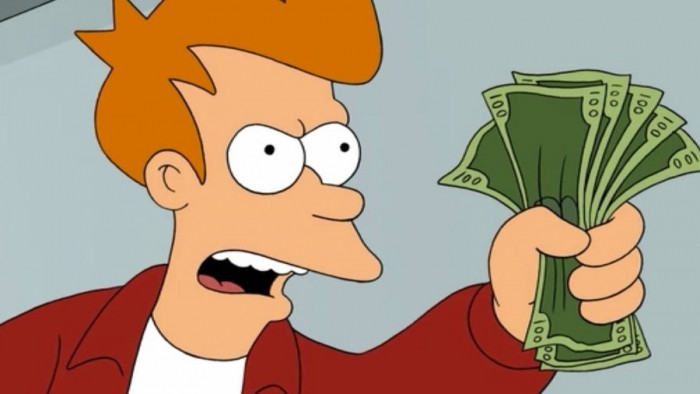 Futurama is back, some eight years since the show ended.

The Matt Groening produced animation ran from 2003-2007 on Fox, then was revived for four feature-length straight-to-DVD movies which eventually were sliced up into episodes and shown on Cartoon Network. Their popularity meant the show was commissioned for more series.

Despite its bumpy ride, in the end there were some 10 seasons of Futurama and 140 episodes - all of which are brilliant, which is the reason Futurama is in our best Disney Plus shows list.

The revival will consist of 20 episodes and while most of the voice cast is back, there is one key player missing. John DiMaggio, who played Bender, is missing. While there's no news as to why he isn't returning, he did take to Twitter to say that he will "keep us posted" about the situation.

Thanks for the concern and the props, everyone. I really appreciate it. Don’t worry, I’ll keep you posted, but until then… CHEESE IT! #bendergate
— John DiMaggio (@TheJohnDiMaggio) February 10, 2022

Speaking about the revival, Matt Groening said: “It’s a true honor to announce the triumphant return of Futurama one more time before we get canceled abruptly again."

As for co-creator David X. Cohen, he noted: “I’m thrilled to have another chance to think about the future… or really anything other than the present."

For those who have been living under a rock, Futurama is a cartoon based on Philip Fry (Billy West), a 25-year-old pizza delivery boy who accidentally freezes himself on New Year's Eve in 1999 and wakes up 1,000 years later. Here he meets a new set of friends including one-eyed alien Leela (Katey Sagal) and Bender who, despite literally losing his voice, is set to be part of the new revival.

Futurama will arrive in 2023, which will mark some 20 years since its first cancellation.