Another course of classic TV 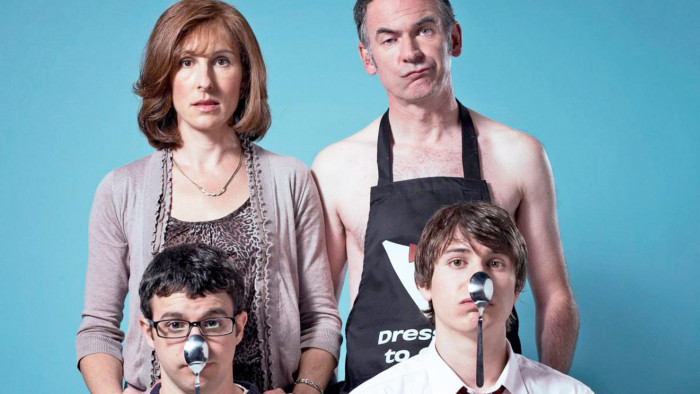 If you’ve never watched Friday Night Dinner – what are you doing, mate? Stop reading this article, take the day off work, binge the whole lot and then come back.

Now in its sixth series, the show will shoot later this year for a 2020 release. Revolving around the, you guessed it, friday night dinners of the Goodman family, Friday Night Dinner stars Tamsin Greig, Paul Ritter, Simon Bird, Tom Rosenthal and Mark Heap – a smorgasbord of veteran comedy stars.

And its creative team is just as impressive. It’s written and produced by Robert Popper, who produced Peep Show, wrote for South Park, script edited for The Inbetweeners and co-created Look Around You with Peter Serafinowicz. Not much then.

“Eva de Bruin (Tamsin Greig) is now trying to regain control of her pharmaceutical company, after an aggressive takeover bid by the always-cunning Sem Teuling (Simon Bird). But can ‘Vos’ (Mark Heap) and his faithful dog, ‘de Welson’ save the day?”

“It’s always brilliant when audiences for a show grow over time and we’re thrilled that more and more people are falling in love with the Goodmans. We are so pleased to be making a new series with Robert and Big Talk.”