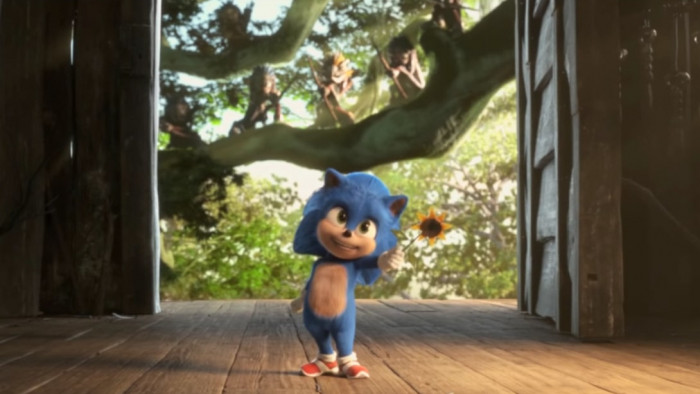 First came live-action Star Wars series The Mandalorian accompanied by the cutest of baby Yodas (not that we know much about it yet, given the show won’t land in the UK until March 2020). Now though, a slightly bluer creature has arrived to steal the limelight.

Yes, Sonic the Hedgehog has been upstaged by a miniature counterpart in the new trailer for the forthcoming film.

It’s been a long and winding road for the film - which required a massive redesign following a backlash from fans over Sonic’s sharp fangs and lacklustre hair. That really does sound strange written down.

Now though, the latest trailer released by Sega and Paramount in Japan sees an altogether cuter version of the hedgehog make its big-screen debut.

Voiced entirely in Japanese (so we’re purely going off visuals here), it’s definitely a trailer of two halves, with the beginning depicting a green and pleasant land that looks to be Sonic’s life before things got shaken up.

Then enters cute baby Sonic. Dwarfed by a sunflower, because, well, everyone needs an accessory, the makers really are trying to tug at our heartstrings before the action kicks off.

There’s also a strangely endearing keyring advert midway through the trailer which we’ve got to admit, intrigues us somewhat.

The second half weapons aplenty, explosions, roofs being ripped off and plenty of screams and evil cackles for good measure. It’s all about balance.

Now we’ve lured you in with baby Sonic, you’ve just got to wait until Sonic the Hedgehog is released in cinemas on 14 February 2020.