New light shed on Doctor Strange In The Multiverse Of Madness reshoots. 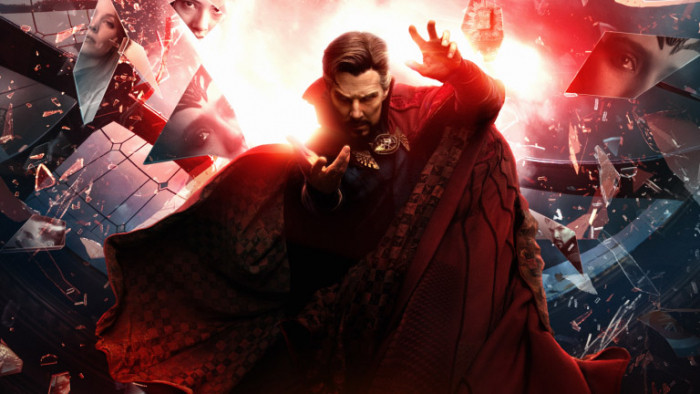 Doctor Strange In The Multiverse Of Madness has undergone a number of significant reshoots, according to recent reports, so much so that one actor doesn't actually know if he is in the film or not.

It has been something of a roller coaster ride for Doctors Strange in the Multiverse of Madness. The film was originally going to be directed by horror maestro Scott Derrickson, who had helmed the first movie,

He left the project, alongside co-writer C. Robert Cargill, citing the age-old adage "creative differences". Instead of replacing him with an upcoming director (something Marvel loves to do), they instead went with Sam Raimi, who had directed the original Spider-Man Trilogy and has certified Legend status (well, from ShortList anyway).

Given the Marvel machinations that go on behind the scenes, there have been hints that many parts of Doctor Strange 2 have been re-jigged. Back in January, Raimi was asked if he has finished shooting on the movie and he didn't have an answer. Well, he did but it was: “I wish I knew the answer to that question.”

And now one of the (hopeful) stars of the movie has chatted about the reshoots. Bruce Campbell is the ultimate cameo king when it comes to Sam Raimi movies, having starred in may of his films ever since they worked together on Evil Dead (and even before that).

He pretty much confirmed a few months ago that he was going to cameo in the movie (like he did in the Spider-Man films), but didn't want to jinx it.

"It's a pretty cool part"

And now he has apparently been speaking again about his potential cameo, revealing more about the Doctor Strange 2 reshoots.

A Reddit user - as picked up by BGR - paraphrases a meet-up they had with the actor at a recent event who said: "The deal with Doctor Strange is interesting. A majority of the film was reshot extensively, so I have no idea what's in there and what isn't.

"I did a cool scene with a character that's been beloved for years, and… we'll have to see what ends up in the movie. I don't know if it's still in there. It's a pretty cool part."

Obviously the above weren't his exact words (the Q&A is well worth a read, though, as he talks about the Spider-Man movies and his time in The Evil Dead), but it does chime with comments Benedict Cumberbatch has made before, saying back in November to Empire that the majority of the reshoots were because of "logistics" and the want "to do things better".

This makes a lot of sense, given that the shooting was done in the middle of Covid. Also, this is Marvel - extensive reshoots aren't uncommon, in fact it's rare for a Marvel movie to come out without having being reformed in some way.

Looking at the latest trailer for Doctor Strange In The Multiverse of Madness we don't think there is anything to worry about. Well, maybe one thing: is that Professor X's voice?