The Multiverse is set to bring in more famous faces. 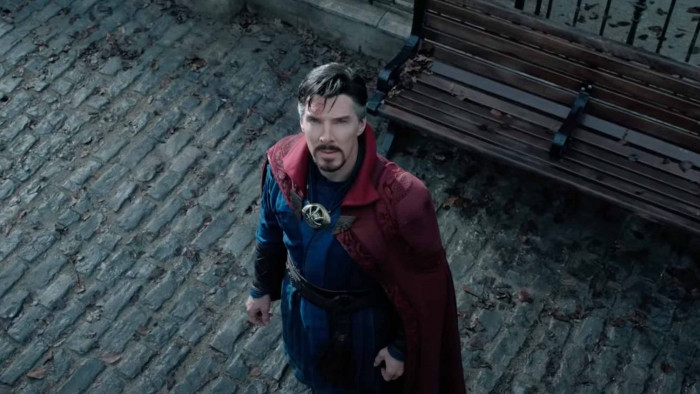 A new trailer for Doctor Strange in the Multiverse of Madness has arrived and it's a movie, like Spider-Man: No Way Home before it, that is set to delve into Marvel's past and bring back some famous faces.

The Doctor Strange 2 trailer was revealed at this year's Super Bowl and would have been the most talked about thing on the night if it wasn't for Larry David popping up in a crypto advert - something we are really hoping is a big ruse for the latest Curb series.

In the trailer we find out just how much of a mess Doctor Strange is in and it's all his fault, having messed with reality to protect Peter Parker's identity in No Way Home.

The result is myriad versions of Doctor Strange appearing as well as some familiar faces, including Wanda Maximoff who looks like she might not be on the side of Strange.

The biggest needle drop, though, is the presence of what seems to be Professor X. Although we only see the back of a (bald) head, the dulcet tones of Patrick Stewart are heard, saying: "You should tell him the truth" to a hand-cuffed Strange.

Now, back in January 2021 we ran a story where Stewart had mentioned that he had been chatting to Kevin Feige about a potential return but given what happens at the end of Logan, he didn't know if anything would happen.

Stewart wasn't betting on the Multiverse to mix things up, though, so his return can now be easily explained if he were to return.

When Sam Raimi was asked recently if Doctor Strange in the Multiverse of Madness was finished, he didn't have an answer - which goes to show just how intricate and packed this movie is going to be.

We are looking forward to this one, when it arrives on the big screen 6 May.