Doctor Strange 2 is set to star a very familiar face

Big hints that we will get the cameo we all want. 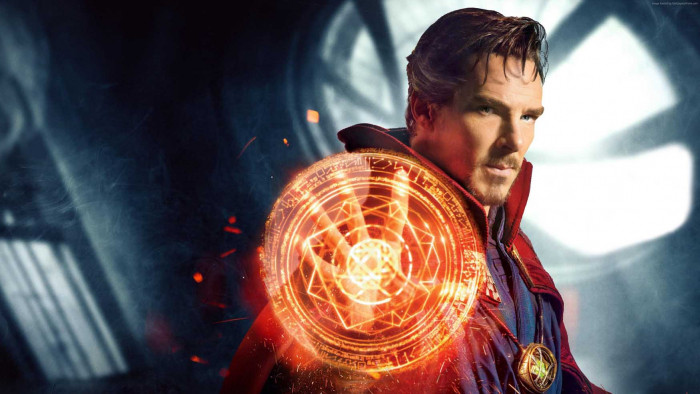 Doctor Strange And The Multiverse Of Madness is set to be one of the most important movies in Marvel's Phase 4, with the film set to take the idea of Marvel's multiverse and really play with the concept.

While we know many of the cast members that are set to be appear - including Benedict Cumberbatch as Strange, Elizabeth Olsen as The Scarlet Witch and Rachel McAdams - we have all be waiting on one actor to be confirmed.

Ever since director Sam Raimi took over directing duties from Scott Derrickson, we've been waiting for Bruce Campbell to confirm a cameo.

He has been starring in Raimi's movies since the first, where he played the iconic Ash in The Evil Dead, he's been popping up in most of his directing pal's films - including small roles in Spider-Man as a ring announcer and Spider-Man 2 as an annoying usher.

His appearance has yet to be confirmed but Campbell has been speaking to Entertainment Weekly and while he's being very coy it sounds like we will see him in the film.

Speaking at the 40th anniversary of Evil Dead - the film is heading back to the big screen for the anniversary - he said about the big Marvel rumors:

"I would say that’s a pretty good rumor. I think that won’t get me sued. That’s a pretty good rumor, yeah."
When asked if he can reveal anymore, Campbell says: "Look, I think it’s a standing rule that Sam Raimi, his movies are not good if I’m not in them. If Sam wants a good movie he’ll put me in it. But you never know [with] these epic movies what’s going to stay or go in the course of telling these huge stories, so I don’t know. That’s why I keep it cryptic because (a) I don’t want to get sued but (b) I don’t want to say, “Yeah, hey, tune in!” and then they go, 'Where were you, idiot?' But I always enjoy working with my old friend, Mr. Director."

Away from the cameo, it sounds like we are going to get a very Raimi-like movie, which is a good thing. His blend of horror and humor will make the movie feel very different from the previous venture.

Elizabeth Olsen who's starring has likened the movie to a scarier Indiana Jones, noting: “I think it’s scarier than Indiana Jones... I think it definitely feels more Sam Raimi than that. So maybe that was the goal, but it definitely became something darker… The horror genre feeling of constant fear and thrill and misleads and playing with camera, playing with how the perspective of the depth of field in order to make the audience feel more anxious.

"I think it’s more than like a glossy Indiana Jones movie, which I love Indiana Jones, but I feel like it has a darker thing going on.”

We'll find out when Doctor Strange 2 is released in 2022.