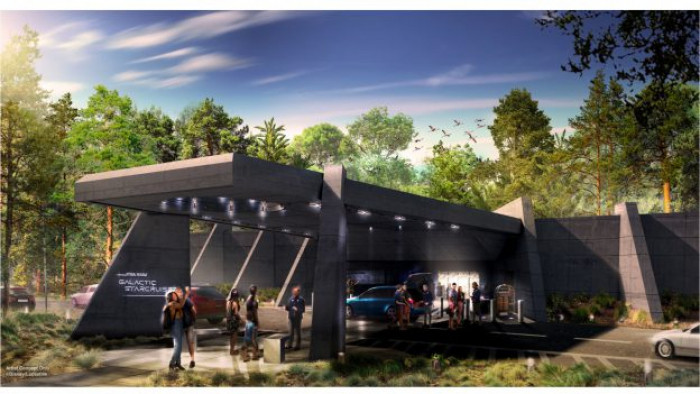 You may have seen artwork for Disney’s new Star Wars hotel floating around social media, but now the ‘immersive’ hotel finally has an opening date.

Disney has described it as a “cruise-style itinerary” where visitors will be able to immerse themselves in Star Wars for a 24/7 experience.

They’ve also shared some concept art of what to expect from the hotel, including how you’ll be transported to and from Batuu (the destination for Star Wars: Galaxy’s Edge at Disney’s Hollywood Studios).

You’ll remain in the Star Wars universe as you step aboard transport ships that will take you directly to Black Spire Outpost on Batuu.

Other areas within the Galactic Starcruiser include The Bridge where you’ll be able to operate the ship’s navigation systems, have a drink in the Silver C Lounge and look out into space from your own cabin.

Basically, it sounds pretty epic. We don’t yet know when you’ll be able to book yourself a place aboard but if you fancy living your Star Wars fantasy, you can sign up for updates at starwarsgalacticstarcruiser.com.