Swinging into action in Summer 2020. 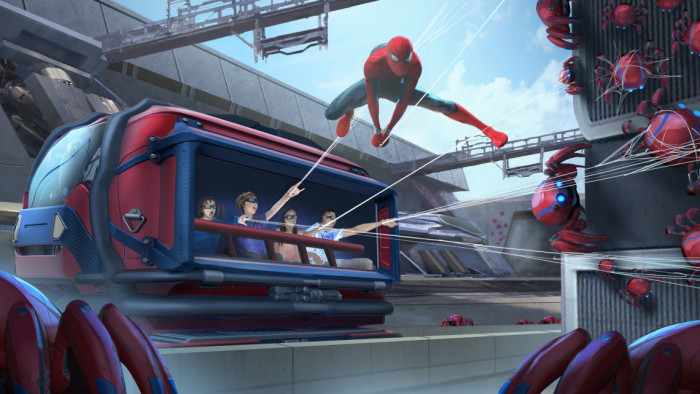 Disney parks have always been a place to see your favourite characters come to life, but now they’ve taken it one step further by creating their very own stunt-pulling animatronic Spider-Man.

In a 26-second clip released by Disneyland Resort (via Fast Company), the life-size Spider-Man can be seen doing aerial tricks and flips through the air. The 90-pound animatronic flies 60 feet in the air, before pulling a number of different poses as it falls.

According to Fast Company, Spider-Man has been fitted with on-board sensors, which tell ‘him’ when to go into the somersaults and when it’s time to straighten ‘his’ legs.

Disney has also revealed the so-called ‘stuntronic’ will be found in their new Marvel-themed land, Avengers Campus, set to open in Disneyland Resort in California.

Opening in ‘Summer 2020’, Avengers Campus will also have a Spider-Man themed ride, which will allow guests to throw webs to help Peter Parker gather up the Spider-Bots that are running riot.

It hasn’t yet been confirmed with this ‘stuntronic’ will be part of this ride, but it’s a pretty exciting development nonetheless.

Disneyland Paris will also get its own Marvel-themed area including a refurbished Hotel New York that will be decorated with more than 300 pieces of Marvel artwork.