Chernobyl vodka arrives: fancy a drink from the exclusion zone?

No, it’s not radioactive 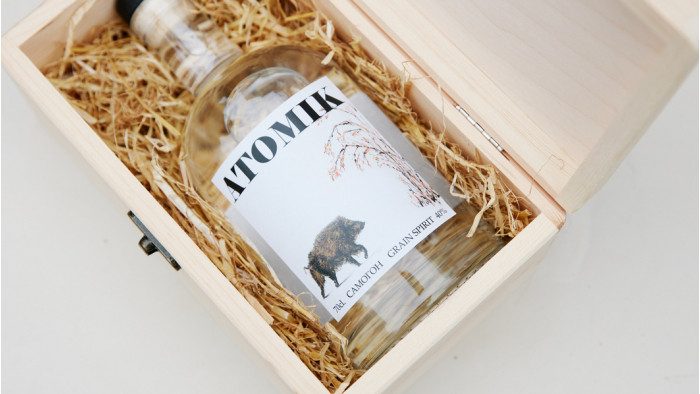 Bored of your same old vodka brand? Fancy something different? Well, a team of scientists from Portsmouth University have your back - they have produced a vodka made from grain from Chernobyl exclusion zone.

It’s one of a kind too as Atomik vodka is the first consumer product to come from the area around the damaged nuclear power plant since the disaster in 1986. It rightly sounds a little bit terrifying, especially if you’ve seen the top-rated TV series Chernobyl, but it is actually pretty safe (well, as safe as any other alcohol). The scientists say there was originally some radioactivity in the grain but that the distilling process removes any impurities in the drink. The only radioactivity found in the vodka is Carbon-14 - which could be found in any spirit drink.
Professor Jim Smith, at the University of Portsmouth, described the artisan vodka as possibly the most important bottle of spirits in the world.
“Many thousands of people are still living in the Zone of Obligatory Resettlement where new investment and use of agricultural land is still forbidden,” he said. It is for a good cause, too. They hope to give 75% of the profits back to communities in Ukraine who are still struggling with the economic impact caused by the Chernobyl disaster. If you fancy trying it, you should not have to wait too long either. The team are planning to set up a social enterprise “The Chernobyl Spirit Company” to begin to produce and sell Atomik to anyone who fancies a taste.