And it's all thanks to its sponsors Three. 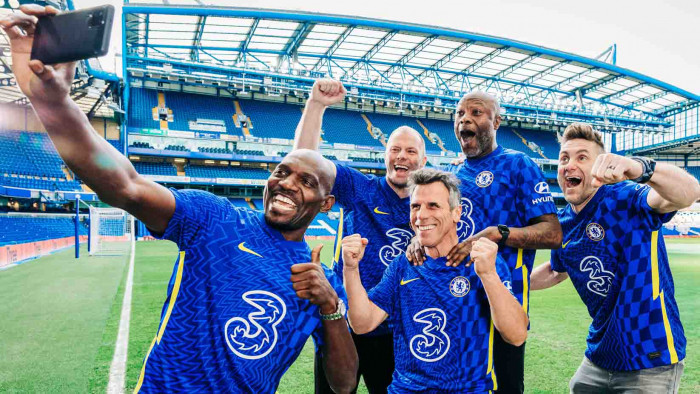 It's probably not going to find its way into any footie chants anytime soon - although "stuff your Stevie G, we have 5G" has a nice ring to it - but Stamford Bridge has just become the first stadium in the Premiere League to have a 5G signal everywhere on its premises.

That's right, while the Chelsea team is out of the country trying to win the Club World Cup trophy right now, its stadium is back at home winning an accolade thanks to its 5G coverage.

Three, the shirt sponsors of Chelsea, have revealed that it is the first Premier league stadium in the UK to switch on 5G across its entirety, paving the way for what is calls "the ultimate connected fan experience".

What makes this even more impressive is the fact that Chelsea's stadium is one of the oldest stadiums around. While the likes of Tottenham Hotspur's ground, Wembley and others have been built with new-fangled mobile phone technology in mind, the engineers at Three have had to figure out the rabbit warren that is the ground, installing hundreds of Picocells to make sure that even when you are down getting your pint you can stream your favourite TikTok without fear of juddering (but still with definite fear of judgement).

According to Three, the signal will help bring in new technologies to how we view the game, including things like augmented reality in the future. Personally, we would just be happy that the network isn't jammed at half time when we are trying to vent our annoyances of the beautiful game on Twitter but, then again, we are easily pleased.

Given the strength of the 5G signal, it won't just be those in Stamford Bridge that will benefit from the new 5G installation but from the moment you step off the tube, bus, horse... whatever your mode of transport is to the game, you should see a difference. There are plans to get Cobham training centre and Kingsmeadow, where Chelsea FC Women’s first team play, all kitted up with 5G, too.

To celebrate the 5G goodness, a gaggle of Chelsea legends turned up at Stamford Bridge, all with Gs in their names (geddit?). The were: Geremi Njitap, Gianfranco Zola, Eidur Gudjohnsen, Rob Green, and William Gallas.

Rumours that JT sneaked on the pitch with the name 'Gerry' on the back of his shirt, just so he could join in with the celebrations, are completely false.