Cats movie now available to stream - but when will we see the rude version?

The public is waiting. 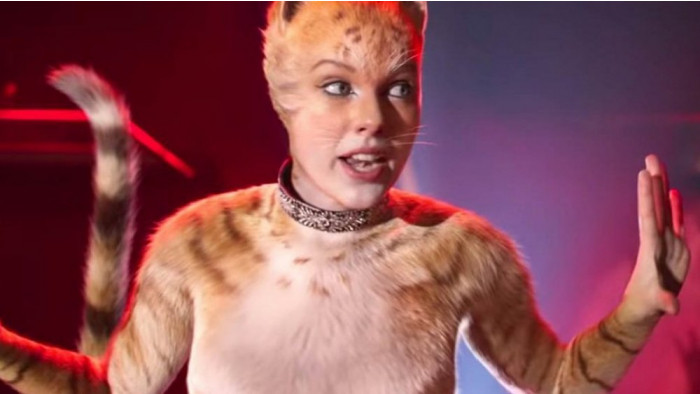 Good news for any social distancers – Cats is now available to stream.

It's safe to say the film got mixed reviews when it was released last year: Empire magazine called it "an insane musical experiment gone wrong", the Washington Post dubbed it "alarming" and the New York Times lauded (or slated) its "energetic embrace of bad taste", so you should know going in you're probably not about to get a cinematic masterpiece.

But the film's relentlessly weird energy did strike a chord with some fans, many of whom are suggesting it might just be the ultimate film to watch during self-isolation: it's so bizarre, so uncanny, that you couldn't help but be cheered up.

Just doing my part to spread vital awareness of current events:@catsmovie is available for your in-home digital enjoyment TOMORROW.

But some fans are not 100% happy – and not because they don't think the film is up to scratch.

No: they're disgruntled because the edit that's made its way to streaming platforms is missing some of the most controversial (and bizarre) aspects of the film.

If you saw Cats in its first few days of release, you probably saw a version in which edits were... not perfect, to say the least: there were human hands were there should have been paws and fur didn't render properly to name a few.

And then there's the "butthole cut". According to Twitter user Jack Waz, there exists a cut of the film that contains – well, buttholes.

"A VFX producer friend of a friend was hired in November to finish some of the 400 effects shots in Cats," he wrote. "His entire job was to remove CGI buttholes that had been inserted a few months before. Which means that, somewhere out there, there exists a butthole cut of Cats".

A VFX producer friend of a friend was hired in November to finish some of the 400 effects shots in @catsmovie. His entire job was to remove CGI buttholes that had been inserted a few months before. Which means that, somewhere out there, there exists a butthole cut of Cats
— Jack Waz (@jackwaz) March 18, 2020

Twitter being Twitter, "#ReleaseTheButtholeCut" quickly started trending, As one tweeter put it: "I'll be honest, this is the one and only thing that would guarantee I watch this movie."

So whilst you might be feeling miserable and cooped up at home, take heart: at least we've always got the unrelenting weirdness of Cats.