May the force Brie with you 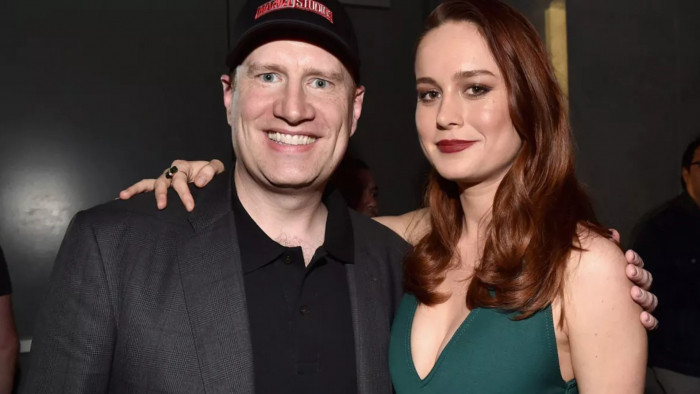 Bear with us, because this will sound like extremely trashy fan fiction at first, but it’s apparently genuine. Avengers: Endgame star Brie Larson now owns the lightsaber that belonged to Jedi Master Mace Windu – Samuel L Jackson’s character from the Star Wars prequels.

Apparently Jackson, who plays Nick Fury in the box office smash, paid a visit to Larson on Star Wars Day with the unexpected gift. “He walked in and just dropped this bag in my lap,” Larson told Jimmy Fallon. “It was a beautiful kind of silk bag. I was like, ‘What is this?’ and I opened it and it was his lightsaber.

“And I just immediately burst into tears.” She was probably holding out for Obi Wan’s.

“It’s amazing. I don’t think he’s supposed to have it,” Larson continued, adding that Jackson is unlikely to get into trouble for taking it out of the galaxy far, far away. “I feel like he’s got cinematic immunity in a way, he does whatever he wants.”

Apparently the prop is “super heavy” – no wonder Jackson wanted rid of it – and it has a hidden message that would make an ewok blush. “It’s engraved with something on it that I can’t say on TV,” she explained. Fallon assured her that the censors would do their job, and Larson gleefully revealed all: “Great, bleep this out: it says ‘bad motherf**ker’.”

That just makes us wonder what secrets other Star Wars characters are hiding. A tenner says Darth Maul’s robes are hiding an embarassing tattoo he can’t get rid of.