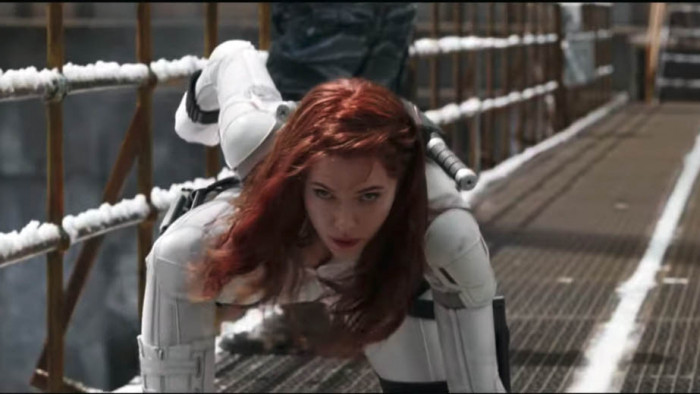 The first teaser for Black Widow has been released and it looks like a great mash-up of Bourne, Bond and, er, The Incredibles.

Natasha Romanoff is back in an origin movie that sees how and why she became Black Widow, undoubtedly the glue that kept the entire Avengers together (in the movies at least).

After watching Avengers: Endgame it's pretty obvious why the new movie would be an origin story and while it felt a little unnecessary at the time when it was first announced, from the looks of the trailer it's going to be fantastic.

Although this is officially classed as a teaser, we get to see all the main players. There's Scarlett Johansson as Black Widow, Florence Pugh as someone close to her.

We also see David Harbour had his sizeable frame fit into the suit of Red Guardian and a glimpse of a badass Rachel Weisz as Melina Vostokoff.

The fight scenes look frenetic, while the film is set to be expansive with many a location teased. Directed by Cate Shortland, whose fantastic Somersault is a must watch, and rewritten by Ned Benson (from an original script by The Hustle's Jac Schaeffer) Black Widow is set for release May 2020 and will officially be the first Phase 4 Marvel move.

Watch the trailer below and, as a treat for you, we have revisited an interview we did with the writers of Avengers: Endgame for the ShortList Advent Calendar.