The final season is definitely going to Break Bad. 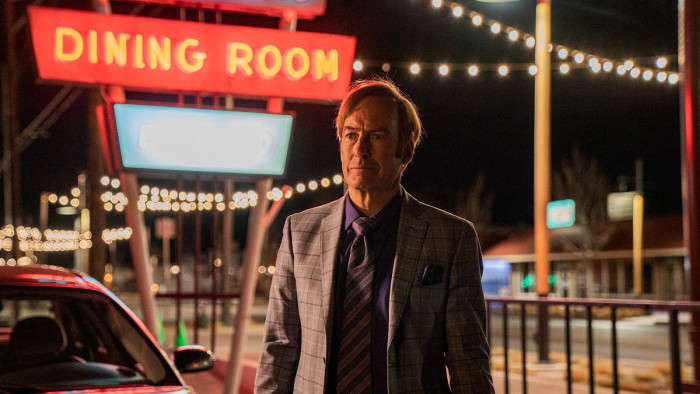 The final season of Better Call Saul is one of the most anticipated of all time as we wait to see just how deep it travels into Breaking Bad lore.

While here has been much speculation about which characters we will see from Breaking Bad crossover, AMC has decided to reveal the cameos that fans have been waiting for.

On its official Instagram page, it has posted *spoilers ahead* that both Walter White (Bryan Cranston) and Jesse Pinkman (Aaron Paul) are back for Better Call Saul.

Quite how we will see the characters in the show is still under wraps but it's official: Walt and Jesse will be in Better Call Saul in some sort of capacity.

The Instagram post comes shortly after co-creator Peter Gould confirmed the news at PaleyFest LA, a showcase of upcoming TV goodies that takes place at at the Dolby Theater, in Hollywood.

"I don't want to spoil things for the audience, but I will say the first question we had when we started the show was: 'are we gonna see Walt and Jesse on the show?'" noted Gould to Variety at the event. "Instead of evading, I'll just say yeah. How or the circumstances or anything, you'll just have to discover that for yourself, but I have to say that's one of many things that I think you'll discover this season."
Now in its sixth and final season, Better Call Saul has been something of a revelation for Breaking Bad fans. Originally pitched as a comedy, the show instead offered the same comedy and drama balance that Breaking Bad had in its early seasons and its storylines, for obvious reasons, have all converged into Breaking Bad territory.

The first part of the sixth season is set for release 18 April, having been delayed because of both the pandemic and main star Bob Odenkirk's health issues. Thankfully he is now fully fit and we are all ready to see just how Better Call Saul ends.

There will be seven episodes in the first part, then the final six episodes will be shown in July. Breaking Bad will be shown on AMC in the US and Netflix in the UK.

Interestingly, at the same panel Odenkirk said that "there's more" surprises to come from the final season "if you can believe it".