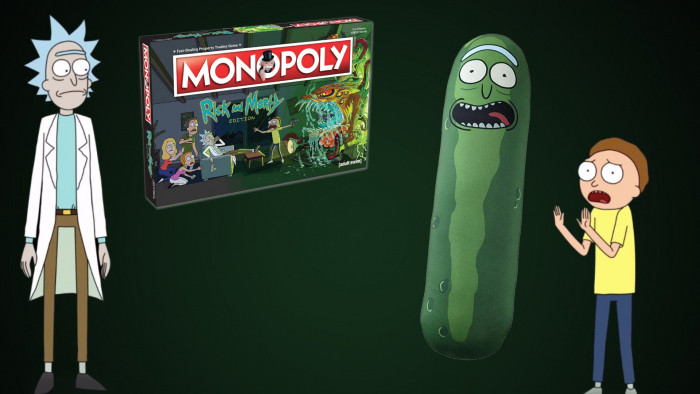 Rick and Morty is one of the greatest animated shows of the last decade. Its bizarro characters and scenarios are the perfect breeding ground for merch. And some of that merchandise is on sale this Black Friday.

The picks below are perfect for pickle rick fans everywhere, and would also make great Christmas presents. With as much as 65% off with these Black Friday deals, there is likely no better time to buy.

Below you'll find some Rick and Morty clothing, a twist on a classic board game, and some Christmas decorations to give your celebrations a real Rick and Morty flavour. And for the friend who just needs to be convinced of just how good this show is, there's a deal on a Blu-ray boxset.

Mr Meeseeks Christmas Decorations
£9.99
LOOK AT ME! I'm Mr Meeseeks! Hanging from your Christmas tree in twelve different poses, available with a massive discount.
View now at Geekstore
Save £4

Monopoly - Rick and Morty Edition
£25.99
Usually retailing at £29.99, you can get £4 off this Rick and Morty Monopoly set, which is definitely going to make your family board-game arguments at least 7% more fun.
View now at The Hut
Was £39.99

Rick and Morty - Pickle Rick board game
£36.99
This game looks ridiculous, in a good way. One player plays as Pickle Rick trying to escape an armoured compound, another plays as Jaguar and the Russians in pursuit. Sounds bonkers.
View now at The Hut
Was £14.99

Rick & Morty Pickle Rick Cushion
£12.05
It's an officially licensed Pickle Rick cushion. Soft and squishy, about 50cm long, made from polyester and filled with foam beads.
View now at Amazon
Was £39.99

Rick and Morty Season 1-3 Blu-ray
£39.10
Yes, we know Rick and Morty is on Netflix, and also showing on terrestrial TV now but don't expect that to last, once the streaming wars start. Plus, this Blu-ray includes commentary for every episode, deleted scenes and behind the scenes featurettes.
View now at Amazon