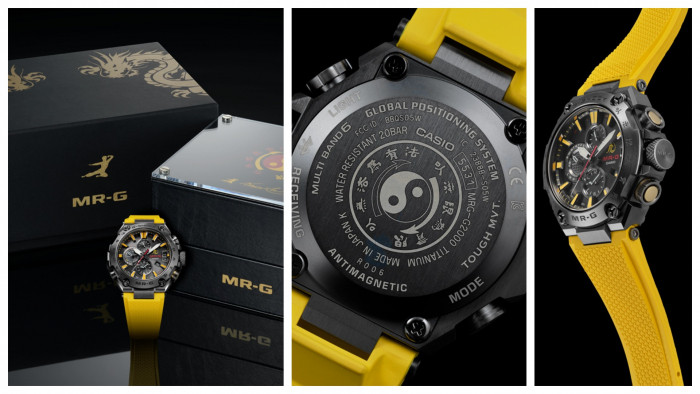 Renowned martial artist Bruce Lee would have been 80 this year, so Casio wants to celebrate his birthday in style - with a limited-edition G-Shock.

The new Mr G watch has turned Lee’s iconic yellow tracksuit from Game of Death into an eye-catching timepiece all in honour of the film star.

Why honour a martial artist with a watch? Apart from making a cool timepiece, Casio thinks the G-Shock’s “uncompromising commitment to materials, structure, processing, and finishing” compliments what was Lee’s “world-class physical and mental toughness”.

Whatever the justification we’re here for it because there’s some pretty impressive details.

On the watch face, you’ll find Lee’s ‘dragon’ signature and the engraved bezel that tells you “using no way as a way, having no limitation as limitation.”

It also has all the usual features you’d expect from a G-Shock including it being shock-resistant (obviously), water resistant up to 200m and a solar-charging system.

Because it’s limited-edition, there are only 300 copies up for grabs but the MRGG2000BL-9A watch will be available in April for a hefty $4000.

Protect yourself with the best sun cream around.
Grooming