A 'Batman Beyond' film is reportedly in development

The 1999 cartoon was awesome, could this be as good? 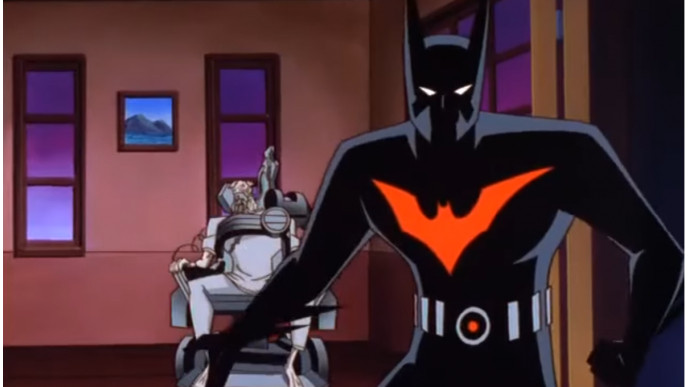 Batman Beyond could easily have been rubbish. Spun off from the incredible Batman: The Animated Series (genuinely one of the best TV shows of all time), at first glance it seems like a poor imitation of it that someone’s tried to make look cooler by adding more black, like they saw The Matrix and went “Let’s do Batman like this!”

It was terrific though, combining interesting sci-fi ideas, nifty spins on classic baddies, surprisingly dark storylines and and genuine pathos. It was centred on Terry McGinnis (voiced by Will Friedle, the older brother on Boy Meets World), a teenager who is trained by an elderly, bitter, grizzled Bruce Wayne in the Neo-Gotham of 2039.

Because it’s impossible to go for a week without Batman news, there are stories coming out of Hollywood at the moment that a feature-length Batman Beyond movie is in the works, aiming for a 2022 release date. Concept art showed up on Twitter the other day then was swiftly taken down after copyright claims.

It could definitely work, and for obvious reasons, Will Friedle is excited.

Did you spot the worrying bit, though? Yep, it’s “The film will reportedly be DC’s answer to Spider-Man: Into The Spider-Verse”.

God damn it. DC need to stop doing their answers to things. That’s one of the reasons why the DC Extended Universe is such a mess - they specifically tried to emulate the success of the Marvel Cinematic Universe rather than doing what made sense with the characters they had. If you have Batman, literally the greatest fictional character ever created, you don’t need to look at what anyone else is doing. If you’re thinking of making a Batman Beyond film, for Christ’s sake do it because you think it would be good, not because Marvel just did a cool Spider-Man one.