The Assassin's Creed Valhalla trailer reveals a whole host of things about the new game. 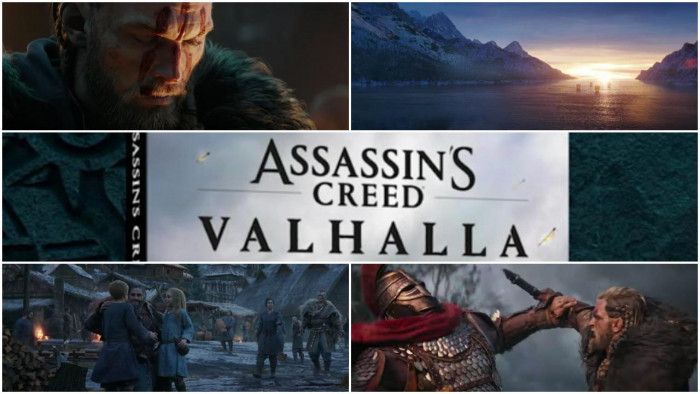 In fact the last two: Black Flag and Odyssey are some of the strongest titles in the franchise. Couple this with the fact that the brand-new game is being directed by Ashraf Ismail who worked on both Assassin's Creed Origins and Assassin's Creed IV: Black Flag, and we are very excited.

After the very slow reveal of new artwork and the official title, we know have a trailer and a whole host of details to go through. There's also a lot of questions, but here's 5 things to know about Assassin's Creed: Valhalla.

1. It's set in Viking-invaded Britain

Vikings! It was long rumoured that the new Assassin's Creed game would involve vikings in some sort of way and now we know just how. The game will be based in Britain at the time of a Viking invasion and will be spread across Wessex, Northumbria, East Anglia, and Mercia. It also means King Alfred is involved in some way as the Norse folk try and take over the land. Some action will also take place in Scandinavia and Norway.

2. You can play as a male of female lead character

The lead character's name is Eivor, a Viking raider who's the leader of the vikings raiding the Brits. The good news is that players have the choice of playing Eivor as either male or female. You will also be able to select things like what the hair, warpaint, clothing and armour looks like.

Much like Witcher and other RPGs, there is also a skill tree where your choices will change the state of the game. When you speak to people in the game, your political allegiance and choices will impact how the game changes and ends.

3. It will tie together the 'future' stories of Origins and Odyssey

Yes, we are still getting those slightly annoying future parts. It's the bit in the game nobody really likes but at least this one will be a continuation of what's going on with Layla Hassan, the researcher at Abstergo Industries that featured in both Origins and Odyssey. At least try and fein interest when these bits happen, that way it will be quicker when the Viking fights kick back in!

4. You will have control of a settlement

5. It will be available for both the now gen and next-gen consoles

The folks behind Assassin's Creed have learned their lesson with the PS4 and are not making this game a PS5/Xbox Series X exclusive, nor will it be splitting versions like it did with Unity and Rogue.

This is a very good thing and it will be a game where Microsoft can show off its Smart Delivery program. This nifty thing allows someone to purchase only one copy of the game and it will work on both the Xbox One or the Xbox Series X. Fancy.

While the game will also be available on Windows, PlayStation 4, Xbox One and on Google Stadia, Ubisoft has said that this is its flagship game for the launch of the next-gen consoles.

Want more AC? Then cast your vote for the best Assassin Creed games.