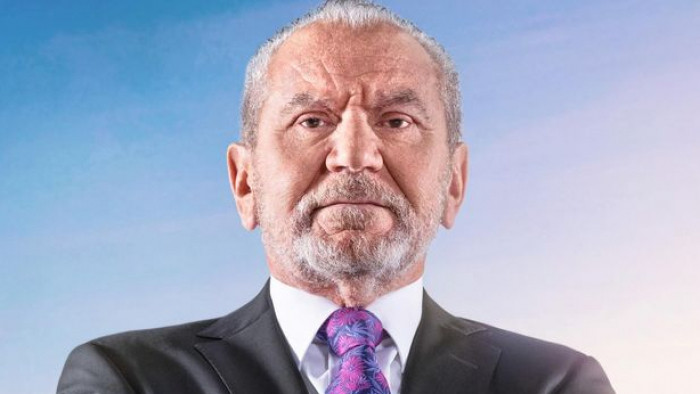 The Apprentice 2019 is back and, as always, Lord Sugar is a tough cookie to please - particularly in the board room.

He's been hiring and firing candidates as part of hit BBC show The Apprentice for nearly 15 years and it seems the 71 year old shows no sign of stopping.

Series 15 sees a new bunch of chipper candidates ready to kiss the ground Lord Sugar walks upon - with a number of candidates already making an impression for all the wrong reasons.

Episode one *mild spoilers, ahead* sees a member of the boys' team confusing rhinos for elephants mid-way through their guided safari

"One group has to organise a safari tour. But one of the candidates points out an elephant... except it's a rhino," remarked Lord Sugar when we caught up with him at the recent big Apprentice reveal.

The girls' team face a similar struggle when *mild spoilers ahead* one contestant, Lubna Farhan fails to grasp that the clue to the location of a wine cellar is, in fact, the name, walking their tour party in circles around the vineyard as they try to track it down.

It's set to be an action-packed series, so we caught up with London's most outspoken Lord ahead of the first episode to find out exactly what we can expect - with a few home truths thrown in for good measure.

Want more television? These are the best TV shows of the year.

1. The candidates are diverse, but irritating

From tree surgeons to builders to para athletes, it takes a lot of hard graft to get yourself into the boardroom and in front of Lord Sugar - and this year is no exception. This year provides “an eclectic group of candidates - a pillow salesman, a librarian, a baker and a sports agent to name but a few,” notes Lord Sugar. “There are different characters from all different walks of life.”

That being said, Claude Littner, Lord Sugar’s right-hand-man didn’t mince his words when it came to the class of 2019: “This year I found them incredibly irritating,” he notes, “and as you go through, you’ll be irritated as well, I guarantee it.”

2. He makes the same mistake every year

You might think that after 15 series of The Apprentice Lord Sugar might have finely tuned his ability to sniff out a winner early on. You’d be wrong. “We always make the same mistake every year,” says Lord Sugar. “Within one or two episodes it’s all ‘oh yes, she’s good. She’s like a country mile ahead of everyone else’ - and then the next task, she’s useless. The cream rises to the top. We’re changing our minds right the way through the process.”

“Mark Wright [the winner of The Apprentice: Series 10] he was a country mile ahead of everybody for ages and then there was one particular task where he had to pitch in front of Tesco and he absolutely fell apart. Totally and utterly fell apart. I think they lost that task. It was quite amazing - this guy with all this confidence simply fell apart.”

3. The new contestants will make you feel old

Most of us have long dreamed of setting up our own company, but Lord Sugar reckons this year’s candidates have been waiting longer than most. “Some of them were five when we first started this programme and they’ve waited all this time to get themselves on the programme. That in itself goes to show there’s determination there.”

4. There will be plenty of international flights

In true Apprentice style, Lord Sugar is sending the candidates all over the shop. We already know that episode one *mild spoiler ahead* will see the candidates whisked off to Cape Town, South Africa, but it doesn’t end there. “We’re doing a very special task in Finland!” notes Lord Sugar. “Finland, as you can imagine, is recognised as a cold country and therefore they have a void in the summer,” - which is precisely where the task comes in. Oh, and we can’t forget the trips to Oxford and Cambridge.

When The Apprentice first aired back in 2005, the goal for candidates was to walk away with an all-important job at one of Sir Alan Sugar’s companies. That all changed when Season 7 came around, with Lord Sugar instead partnering with the winner to bring their proposed business plan to life.

“It was very difficult in the early days to create a job for somebody,” Sir Alan Sugar says. “The 50-50 business venture has turned out to be a real sparkling winner - it takes me back to my old days of hustling around and starting from scratch. There’s over 400 people now that are employed in these companies.”

6. there's a real-life dell boy in the new series

“One of the contestants sees himself as a bit of a dell boy,“ notes Lord Sugar. “In other words, he’s a dealer and there’s nothing wrong in that. The important thing is honesty and integrity - which is something that Dell Boy lacked. I don’t mind a chirpy chappy like that quite frankly, I guess I was one of them myself in the early days. We should get the BBC to do a celebrity one with Dell Boy as one of the contestants!”

7. some contestants (shock) want the fame

It goes without saying that a prime-time programme watched by 7 million-plus viewers is going to attract some fame-hungry contestants. That being said, it’s not something that worries Lord Sugar. “We do as best as possible to ensure screening these people. There’s not a question of a doubt that some of them do come for the wrong reasons, but nevertheless, we kind of weed them out throughout the course of the process,” he notes. “We end up with people who are there for the right reasons and people with a business mind. As soon as one of the girls sees a camera she’s flicking her hair and the guys are pushing themselves in front of the camera, we sort them out pretty quickly, not many slip through the net.”

8. He couldn’t care less about Brexit

It’s a subject at the forefront of the current agenda, but like many of us, Lord Sugar is well and truly over it. “I couldn’t care less actually. I know I should, but at 72 years of age I’m sick and tired of this whole Brexit bl***y nonsense. The manner in which the whole thing has been conducted - we’re a farce, a laughing story for the rest of the world. I hope that common sense prevails in the end.”

Unlike his US counterpart, Donald Trump, Lord Sugar has no desire to take the reins when it comes to politics. “If your question is would I ever take the position? Absolutely not,” he asserts. “The difference in this country is that you have to be a member of parliament first of all and you have to be voted to be the head of your party by the members.” As for the current PM? “Is Boris going to Brixton, then? I’ll visit him. The BBC don’t like criminals on programmes, we’ve got to be careful. His sister was on [The Celebrity Apprentice], she got very angry with me because I said ‘who wants to be PM apart from your brother?’ She got very very angry.”

10. There Was One Candidate That Got Away

In 15 series of the show, Lord Sugar believes Susan Ma, founder of cosmetic brand Tropic Skincare, was the only candidate to slip through the net. “It was the first series where I changed the format so that the winner would have a 50-50 partnership and there was a young lady [Susan Ma] who was in the final five, who was very young, and very naive, and came out with a few silly things like “do the French love their children?”. Fortunately, a year later, I contacted her. That young lady now turns over £38 million in a 50-50 partnership with me. It’s won all the awards for young entrepreneur of the year.

11. He Wants To Continue Firing People

Despite calls for Lord Sugar to call time on the show, it seems the head honcho has no desire to step down. “I do have one more series I am contracted to for the record. It will be the 16th series. But I might do it to 20. 20 sounds a round figure.”

As for his chances if he had been a candidate back in they day? “It would have been very boring because I would have won.” Enough said.