Don't even START it until 31 January 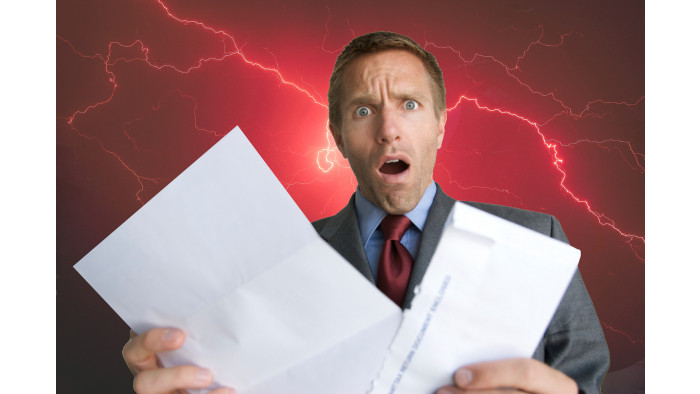 Can you feel that dull weight up there, on your neck? The one that’s getting warmer and warmer with every passing day? The one that began as nothing greater than an insignificant itch, but is now growing more and more irksome, and in the next few days will become entirely debilitating? The one that was fully absent in December and the months preceding it?

Think back to a month ago, when you didn’t walk with a stoop, when your spine didn’t creak - you walked aloof, back and neck straight, head full of helium, smile wrapped across your proud jaw. What a life it was, back then, before the Devil so helpfully loaded a bone-crushing pressure onto your shoulders. Now, that singular weight is all you can feel, all day, all night, compressing your entire skeleton into a disconcerting mulch. As you sit at your desk, your chair on its lowest setting, your forlorn chin hovering just above the space bar, the top of your shoes resting on the floor behind you, you take a deep breath, jolt upright and scream:

“I AM NOT DOING MY TAX RETURN TODAY YOU ARSEHOLES.”

The reason for this is because you don’t have to do it yet, because it’s not the end of the month. You’ve got until 31 January, and you’ll be damned to the very depths of hell if anyone, let alone The Man, thinks you’re going to file it before then. This is, of course, all 100% regardless of the fact that it is preventing you from experiencing any form of relaxation, but this is a war, and you can’t let them win.

It’s an art, leaving your tax return until the very last minute, and one I have honed to a precise and exact science. The first time I did it, I left it late, the second time I did it, I left it later, and this gap will hopefully decrease incrementally until I file it literally on time. There may be no such thing as ‘time’, and our construct of it may be able to be broken down into infinitesimal and indefinable segments, but I reckon, in a few years I’m going to file my tax return on exactly the end of the day. Nobody’s ever hit an indistinguishable deadline like this, but I’ll do it, just you wait.

Sure, it’s a cavalier way to live my life, but if you’re not living it on the edge, then are you truly living? Teetering over the precipice, on one side a giant sigh of relief as you complete your form for another year, conscience clear, neck light once again; and on the other, a deep plummet down the cliff of carelessness, a reckless head-first hurtle towards the floor below, where a solitary besuited man awaits, hand outstretched, palm upturned. “Give me one hundred quid, you lazy idiot,” he says, as you splatter into a dust at his feet.

But that’s not going to happen, because I always succeed in getting it in on time, and I’m keen on getting you lot involved. I fancy taking you on this fast and loose journey with me - hell, most of you are probably already doing it - so let’s team up and get into formation, a convoy trudging reluctantly towards 11.59pm on 31 January.

Here are my tips for leaving what is an extremely important legal requirement for many people, to the very last second, for no good reason other than brazen laziness:

Do not, whatever you do, get an accountant

This is stupid, because if you get an accountant, they do all the work for you, they don’t get it wrong, they probably end up saving you money in the long run and most selfishly: they get it filed on time. It’s a nonsense way to do things - you’re the only one who can make this happen, and you sure as hell aren’t going to have someone ruin it for you. Also, it costs, like, money, to get an accountant, and the last thing filing a tax return should be about is giving anyone money.

Ignore any and all emails from HMRC

Starting in January, Her Majesty’s Revenue and Customs will start to send you emails reminding you that you need to complete your stupid self-assessment form. The first of these emails is the only important one - because yes, you had actually completely forgotten about it, so thanks for the nudge - but don’t be tempted to open it or anything, the subject line is the only jolt you need.

The subsequent ones? Ignore the hell out of them, buster - they are of no relevance to you and your extremely childish and devil-may-care quest to eke out this whole sorry period for as long as possible. Self-assessment? I have assessed myself thoroughly thanks, and the prognosis is: I am doing juuuuust fine.

Ignore their texts, too

After a while, you’ll start getting texts, and these are the ones that really get the hairs standing on end. It’s getting personal now. They’ve hacked into your leisure device and they are directly prodding you in your spare time. But hold your ground and swipe those notifications away like the intrusive flies that they are. You don’t need ‘the government’ butting in and upending your down-time. As such, it is completely and absolutely justified to ignore them, just like you do with all your mates that you also owe money to.

There’ll always be the smug pouters floating about boasting about how they “filed it in November, like you’re supposed to do, you oaf”, but you must boldly shun them. Remove them from your life, kick them out, they are naysayers and they need to stick a cork in it, the jerks. Instead, gather a tight-knit group of like-minded rogues and constantly and verbally justify your terrible decision to each other, every day, on repeat. Strength in numbers.

And if any of them crumble and file it before the 31st, jab them in the forehead and exile them, the turncoat cowards.

Set aside an evening to do it about two weeks before the deadline, then do absolutely nothing on that evening

This is a great idea, because it makes you feel like an adult, saying out loud, at work, “I’m doing it tonight”, but it disguises the infantile child within, who, if he just looked at himself in the mirror, would realise that he has absolute zero intention of “doing it tonight”. So, get home, and then say the following things at various points in the evening:

Congratulations, you have bravely avoided doing it once again, and as a result, have not enjoyed a single moment of your evening, due to the crippling anxiety currently bending your collarbone until it snaps.

This is good because obviously you can’t remember what arbitrary password you puked up this time last year. And your user ID?How are you supposed to recall that? So you’ve gotta request new versions of both, and as we all know, that takes ‘time’ and therefore gives you a watertight excuse to put it off for another few days. “I literally can’t do anything about it, even if I wanted to!” you can say to anyone that will listen, “It’s their fault if they won’t even let me get into the system!” you continue, “Does anyone have any painkillers for the back of my neck?”

Get halfway through it and close without saving

If and when you do finally get into the ‘Government Gateway’ (not as exciting or RPG as it sounds), what you must do is begin to fill it out. Do the usual stuff: scanning through bank statements, pulling receipts out from the fluff tray in your washing machine and aggressively grabbing your fringe in your fist while sighing.

Then, when you’re a good way in, please make sure, do this for me, say to yourself “I deserve a break” and then move your mouse on up to the next tab - the one hiding a tantalising wealth of distraction within its hallowed walls - but instead of clicking on it, CLOSE THE TAX TAB BY ACCIDENT. This enables you to fling all your receipts in the cocking air and just sodding pack it all in for another few days. I love this one.

Accidentally go over the deadline and have to pay £100

The great thing about putting your godforsaken tax return off until the last minute, is that when you actually file it, you do it at around 11.59pm on 31 January, and because that’s also when all the other cool dudes are doing it, the HMRC website crashes, as it does every year, and yours doesn’t go through! Then, when you try again, you’re two minutes over the deadline, and you’ve got to pay a £100 fine!

This though, is only for the true stunt performer - you have achieved the ultimate badge of honour and can be widely held up as an example of a shining swashbuckler. Deadlines? Wouldn’t have thought so, mate - you’re a mercenary, valiantly sticking two fingers up at the system, a full one hundred pounds out of pocket, spent for no other reason than sheer diligent apathy.

You know what? Why not leave it another 30 days? Knock up a sexy 5% interest on that fine - really stick it to ‘em. 90 days? Easy work for a fire-eating hero like you - you’re getting fined an extra £10 a day now, I’m proud of you.

Me? I’ll be getting it in on time, but I’ll be pressing slam with a time period thinner than a tapeworm’s scarf left on the clock. Those two weeks in the run up, an absolute hellhole of doubled-over stomach cramps, spinal spasms, curled index finger bites - a full-on assault of crippling angst, a prostrate nightmare. But trying to make me do things I don’t want to? Why don’t you just get a life, Theresa May!