Hundreds off one of the most colourful TVs 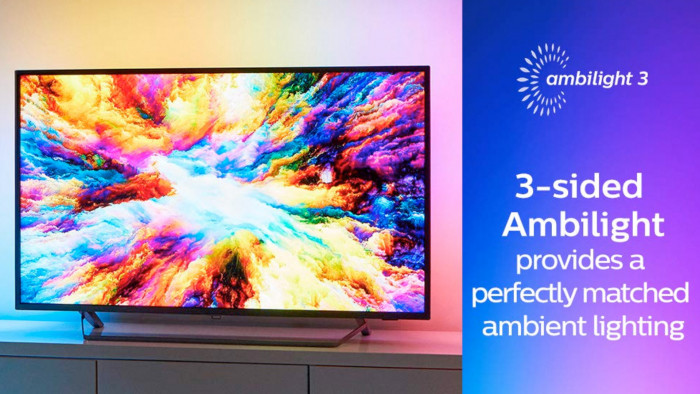 Prime Day really does go hard for electronics – and this Philips TV is evidence of that, with 40% off its original price.

Boasting 4K HD, wireless connectivity and numerous HDMI inputs, the TV has everything you might need.

But its really notable feature is ‘Ambilight’, a technology you only get with Philips. Designed to “create a more intense and immersive experience”, Ambilight projects coloured lights onto the wall behind the TV.

These match what’s happening on screen, giving what Philips says is the impression of a picture that “moves beyond the borders of the scene”.

Philips 65PUS7303/12
£784.99
View now at Amazon
As for what you’ll be watching, the TV has a built in Android TV and Chromecast, so you’ll be able to stream your favourite shows straight onto your TV without fiddling around with thousands of wires or downloading dozens of apps.

Like the Sony Alpha A7, also on sale today, the TV isn’t cheap. But if you’re looking to invest in a new piece of home entertainment, you could do much, much worse.

Fancy seeing what else is on offer? Here are some of the best Amazon Prime Day TV deals.