All or Nothing: Tottenham Hotspur trailer reveals a long, strange season

You won't want to miss this Amazon Prime doc. 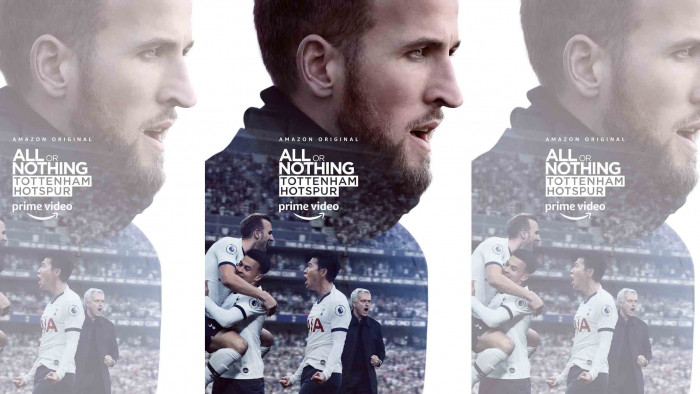 On paper, Tottenham's season was a pretty 'meh' one. Yes, they scraped a Europa League qualifying place, but that was pretty much it. This could have been a disaster for Amazon - who was filming the whole thing for its All Or Nothing documentary series, but it ended up being a season nobody will forget in a hurry.

No matter how you look at the Premier League in 2020 there was drama. For Tottenham, it was filled with managerial changes, Covid-19 delays and more than its fair share of VAR controversies.

No matter if you are a Spurs fan, All Or Nothing will be an essential watch for sports fans - a fly on the wall when not just the football world but the entire world came to a standstill.

All Or Nothing: Tottenham Hotspur will land on Amazon Prime Video 31 August, with three episodes then three more episodes weekly after that.

There's a new trailer for the show and it looks fantastic (and this is coming from a Chelsea fan). We see the arrival of Jose Mourinho, who took over from Pochettino way back in November which feels like 10 years ago now.

Mourinho has been quite outspoken about the cameras being on all the time, so there's typical spikiness from the manager right at the start.

The best documentaries do more than focus on their subject matter, showcasing the world at large as well. All Or Nothing looks set to do that, and we can't wait to see it.