It's going to be eventful, that's for sure 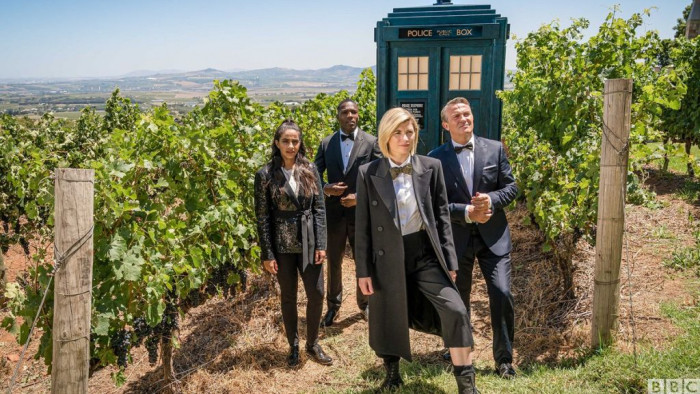 We were all pretty disappointed when we found out that there'd be no Doctor Who Christmas special this year: since the reboot in 2005, the special had been a frequent highlight of our festive TV calendars.

But no need to fret – the Doctor is back, and her adventures re looking as thrilling as ever.

A new trailer, released 56 years to the day that Doctor Who's first ever episode was aired, shows Jodie Whittaker's doctor travelling the universe and coming up against some fairly familiar foes.

That's right: alongside shots of Nazi-occupied Paris, shoot-outs in vineyards and more, there's also an appearance from a Cyberman – a rusty Cyberman, yes, but a Cyberman nonetheless.

There are some pretty impressive co-stars set to appear on this series – the fella leaning out of the car shooting at the Doctor in a vineyard is none other than Lenny Henry, and we'll also be seeing star turns from Stephen Fry and E.R.'s hunk Goran Višnjić.

The one thing the trailer failed to mention is when the show will be aired, telling us only that it's coming in early 2020. We're so ready.

And if you've got some time to idle away before then? Have your say on our list of the best Doctor Who actors ever – there's some hot competition, so make sure you vote.