It's not good news for Beric Dondarrion 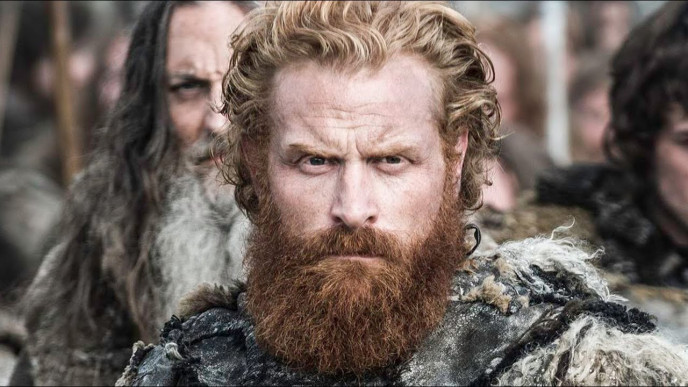 Lots could happen in season eight of Game Of Thrones. There are so many goddamn characters, so many plot threads, so many loose ends that whatever happens, there’ll be a lot of it.

The fates of the main characters - the Starks, the Lannisters, Jon Snow, Danaerys, even the Greyjoys - will be big, emotional, finale-defining affairs, but what about the shit-ton of side characters? Ones we really like and will miss spending time with, but who don’t really lead the plot?

Based on nothing more than 100% accurate gut feelings, here are their fates.

(Note: Gendry is absent from this list because he might end up having a big role to play plotwise.) (But he’ll totally die.)

Ser Davos jumps between roles from scene to scene - sometimes he’s the wry comic relief, sometimes he’s the pragmatic Everyman and sometimes he’s a heartbreaking model of integrity. It’s easy enough to picture him ending up as one of the only survivors, looking at the devastation around him and delivering a few salt-of-the-earth home truths, but it’s also totally plausible he’ll do an incredibly stoic bleeding-to-death scene that galvanises someone else into completely kicking ass or something.

In all honesty, it seems unlikely things will work out well for these two, however adorable they are. They had a few years of will-they-won’t-they-can-he, which came to a head in season seven with a big steamy sex scene which proved it isn’t about the size of the hammer, but how tenderly you throw it at the nail. It’s hard to see them making it to the end of the show without losing a few more bits - we’d put money on a really tear-inducing scene where, like, Grey Worm is overwhelmed by swordsmen in front of a horrified Missandei, who is then in turn butchered. It’s a horrible show, this.

Brienne of Tarth and Tormund Giantsbane

If Brienne and Tormund don’t end up falling in love and having giant babies then the hell with everything.

Verdict: Happy ever after.

Beric Dondarrion was last seen atop the collapsing Wall with Tormund Giantsbane. Giantsbane obviously has to live in order to get with Brienne, so it feels like Dondarrion has to die. Maybe the first scene of the new series will be Tormund sky-surfing Dondarrion’s body down the falling wall, weaving in and out of debris, before crashing into the ground, Dondarrion folding like a concertina while Giantsbane strolls off.

There’s a theory that Game Of Thrones will end with Sam writing the story of everyone’s adventures, and the last scene will be him closing the book or something, maybe putting a George R.R. Martin engine-driver’s hat on. While that is cheesy as hell, it also kind of works. It’s hard to imagine him making it through anything happening to Gilly and Little Sam, so they’re probably safe.

The Hound and The Mountain

Brothers and nemeses, it would be a massive shame if the Clegane boys didn’t get to beat seven shades of shit out of each other before the series ends. The Mountain is a weird undead Frankensteinian figure, a drooling mindless mess, but also the biggest dude in the world. The Hound is a slightly reformed character but still a big bad sod, a foul-mouthed cynic whose world-weariness is almost his superpower. Odds are we’re looking at a big bloody scrap between the two of them, a fan-delighting showdown (aka #CLEGANEBOWL) that ends with a definitive victory for one of them, who then dies as well. Our money would be on the Hound just about winning, getting something close to redemption, and then either sitting down to bleed out, dying from a poisoned wound or being run through by loads of buggers.

Verdict: Both dead as doornails.

He’s survived Greyscale, but can he survive the woman he loves deciding she’d rather snog her nephew than him? There’s a big romantic “Rule them well, Khaleesi” noble-sacrifice kind of thing headed his way, deffo.

Could go either way. Either he’s left alive at the end as proof of an unjust world where rotters prevail, or he’s killed really abruptly and graphically by someone like Euron Greyjoy, and his last moments are of him barely able to contain his disbelief that he hasn’t come out on top. Either seems feasible.

Verdict: Maybe 65/35 in favour of him making it to the end unscathed.

Dead dead dead. She’s 600 years old, she keeps getting stuff wrong and half the time she can barely keep her vest on, the silly goose.

Bronn seems unkillable, which means he’s going to die, but in one of two ways. Either it’ll be a super badass, hella cool kamikaze kind of thing or an out-of-character pathetic demise, just to catch people off-guard the way George R.R. Martin seems to love to do. Like, not quite slipping-in-a-dog-poo-and-falling-on-a-spike but not far off - he’ll be stabbed by a child or step on a rake or choke on an hors d’oeurve or something.

Podrick is really nice, so will be killed incredibly brutally. Eyes on a stick kind of stuff. He’ll have his bum cut off with a serrated blade or something, or be force-fed his own legs until he dies of being sick.