Longer than some actual wars 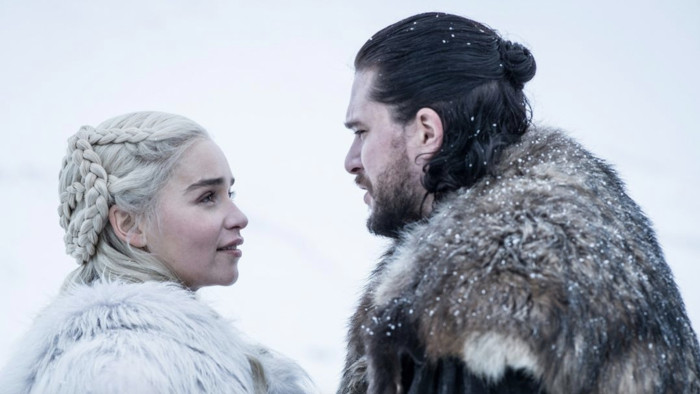 Game of Thrones is approaching its final season, starting April 14th on HBO. Or, let’s face it, however you can get your hands / eyes on it.

Just in case you were wondering whether or not it’s going to be worth it, we’ve got some good news for you. There’s a battle scene in the final series that took ELEVEN WEEKS to film. All at night. That took 750 crew members at any one time to film. And you thought your office was ‘a bit cold’. Poor old Kit Harington.

Executive producer Bryan Cogman said: “This final face-off between the army of the dead and the army of the living is completely unprecedented and relentless and a mixture of genres even within the battle. There are sequences built within sequences built within sequences.” We can only imagine the state of the poor runners on set by the end, we hope they got a generous holiday allowance.

Take a look at a trailer below:

It gets your blood up a bit, doesn’t it? The artwork from the series has also been released on Instagram, just to get you chomping at the bit even more.

Director of three episodes of the new season David Nutter let fans in on some tantalising teasers, saying:

“There are a lot of firsts in these episodes. There’s the funniest sequence I’ve ever shot on this show, the most emotional and compelling scene I’ve ever shot, and there’s one scene where there’s so many [major characters] together it feels like you’re watching a superhero movie.”

So only about six weeks to go. If that feels like a long time, it’s only half the time it took to film one battle scene. So maybe don’t whinge too much.