Breaking Bad, The Wire, Game Of Thrones, Mad Men… they’re all valid choices as the second best TV show ever. The Sopranos, the HBO show about a troubled New Jersey mob boss and both of his ‘families’, is the undisputed greatest television show of all time.

UPDATE: For pretty much everyone reading this best Sopranos episodes list, actor Michael Imperioli is best known as Christopher Moltisanti. It was a shock, then, when he was recognised at a recent basketball match and the caption writer put that he was famous for his role in... White Lotus. While we love that he has had a career resurgence, thanks to that fantastic show - he will alway be Christopher to us!

Not only are the drama, action, humour, character depth and writing unrivalled to this day, it set a precedent for series with Hollywood-style budgets and performers, setting the Golden Age Of Television in motion.

There’s never been a better time to revisit the 86 episodes of The Sopranos. It's one of the greatest shows of all time and is pride and place in our best HBO shows list.

Here are our favourites episodes (with spoilers) from David Chase’s masterpiece. Vote for yours below. 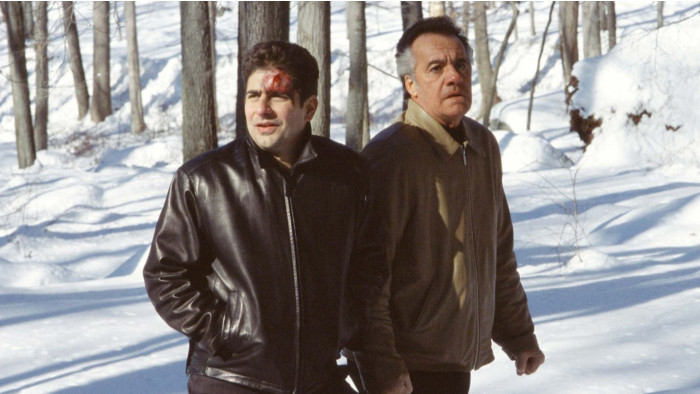 Paulie and Christopher’s unscheduled trip to the New Jersey countryside is as close as the show ever gets to a farce, when a routine money collection that goes hilariously awry. Efforts to dispose of the problem in the snow-covered Pine Barrens take an unexpected turn when “the package hit Chrissy with an implement and ran off.” Hopelessly lost, with Paulie minus a shoe, the stricken mobsters combat terrible mobile service as they await rescue. 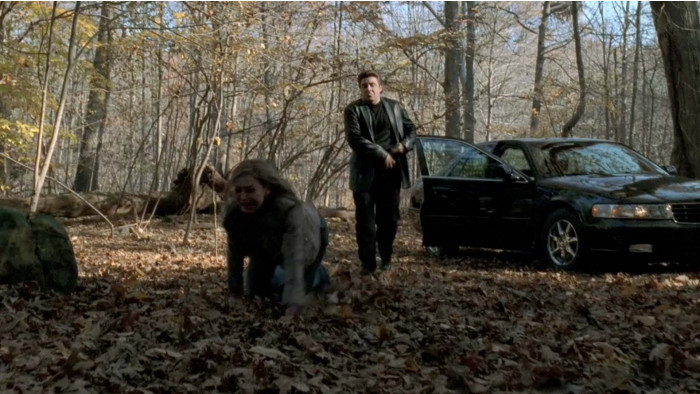 While season 5 isn’t the most fondly-remembered, it did finally earn the show’s first, long overdue, Emmy for Outstanding Drama series. When Christopher’s fiancé Adrianna comes clean over her lengthy co-operation with the Feds, he’s left with a gut-wrenching choice to make: enter the witness protection program with his girl, or come clean to Tony and deal with the consequences. Unfortunately for Adriana, she’s lured into one last ride with Silvio. 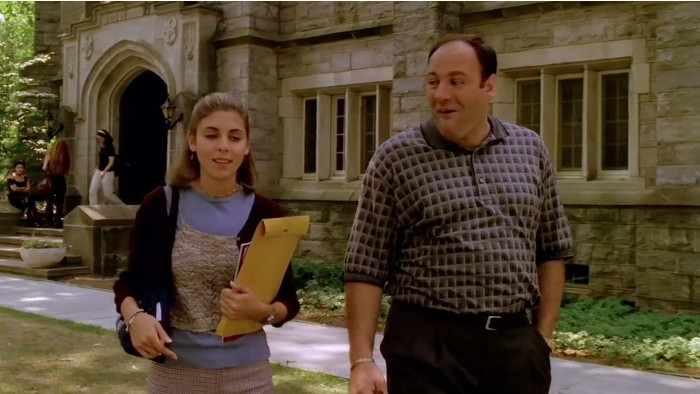 Best line: “One thing about us wiseguys, the hustle never ends,” Tony Soprano.

Much of the series centres on Tony’s efforts to balance his two lives: ruthless mob boss and loving family man. In “College” we see the two directly intersect for the first time. As he tours prospective universities with his daughter, Soprano stumbles upon a former mobster turned FBI informant. Revenge is, literally, within his grasp. But Meadow smells a rat in more ways than one, leading to some candid conversations. 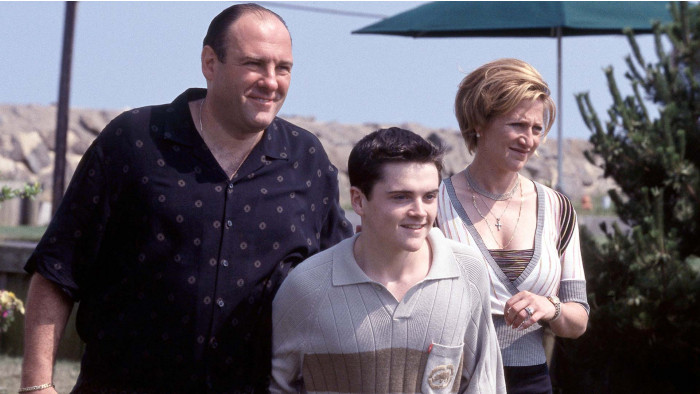 Edie Falco was always the best actress in this show and never is that more evident than during the season 4 finale. After Tony and Carmella’s fragile marriage comes crashing down amid crushing new revelations of infidelity, she delivers an incredibly raw and powerful series-defining performance. The episode is also punctuated with humour, as is so often the case, thanks to Tony’s unorthodox efforts to wriggle out of a real estate deal. 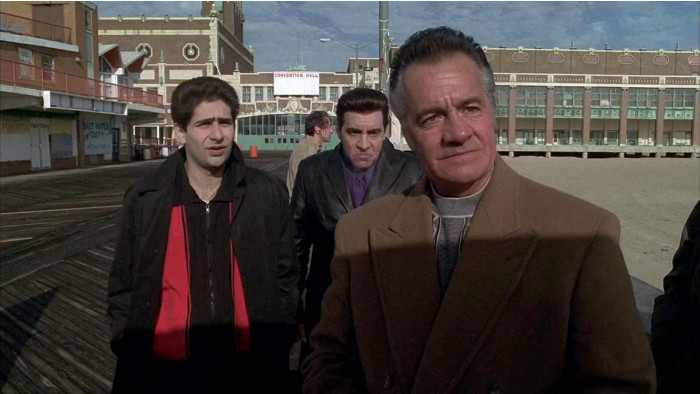 Best line: “Rage, Anthony, is a big, loud, flaming self-distraction from feelings that are even more frightening.” – Dr. Melfi

Tony’s elaborate dream sequences were lasting hallmarks of Sopranos storytelling. In this food poisoning-induced journey into the subconscious, ‘T’ discovers what the audience has known for a while: His best friend, Salvatore “Big Pussy” Bompensiero is an FBI informant. In the season 2 finale, coinciding with Meadow’s high school graduation, Tony, Sil, Paulie and Puss take one last, chilling boat ride from the Jersey Shore. 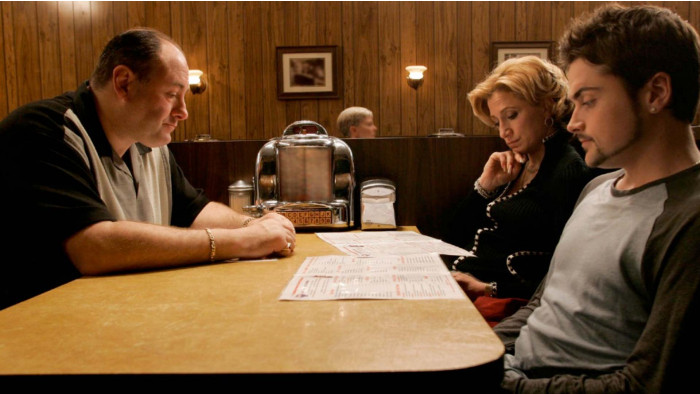 Best line: “In the midst of death, we are in life, huh? Or is it the other way around?” – Paulie Walnuts

Debates will rage about the finale forever. Does the abrupt cut to black signify the Tony’s death? Or the death of the show? Most people initially thought their TV cut out when Journey’s Don’t Stop Believin’ comes to a sudden halt. Away from the controversial final scene, David Chase saved one of the most intense, edge-of-the-seat episodes until the last, as the blood feud with New York’s Lupertazzi family reaches a grisly conclusion. 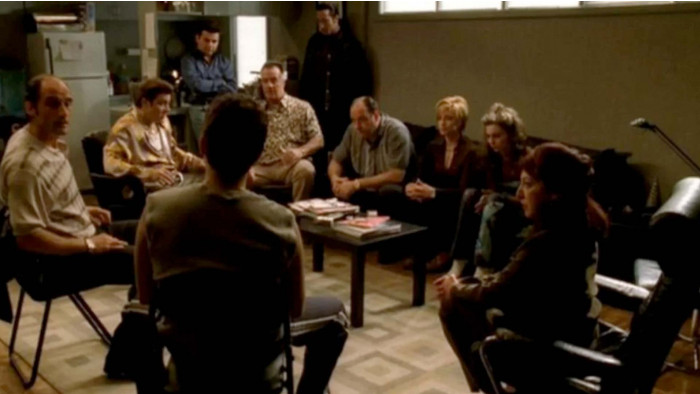 Best line: “You killed little Cosette? I ought to suffocate you, you little p***k!” – Tony Soprano

The more often you re-watch The Sopranos the funnier it gets. The comic highlight may be the Christopher’s intervention, when the family (both of them) confront him over his spiralling drug issues. After a brutal dressing down, Chrissy fires back with a few home truths of his own, with hilariously violently results. 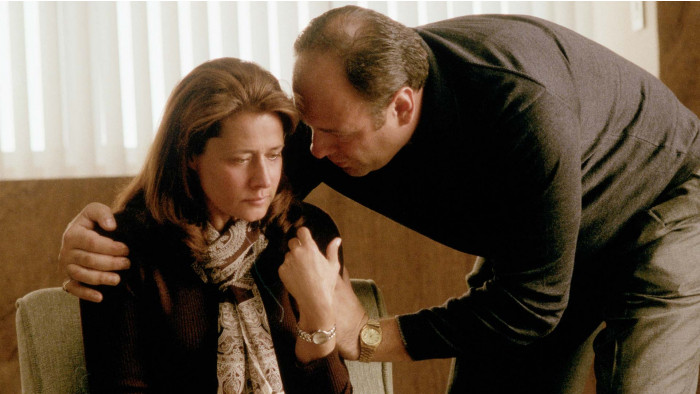 Best line: “She's so fat, when she goes camping, the bears have to hide their food.”

After Tony’s therapist Dr Melfi is brutally attacked, the justice system fails her. But there is one man who could help? Will she break her moral code and set the rottweiler on her attacker? 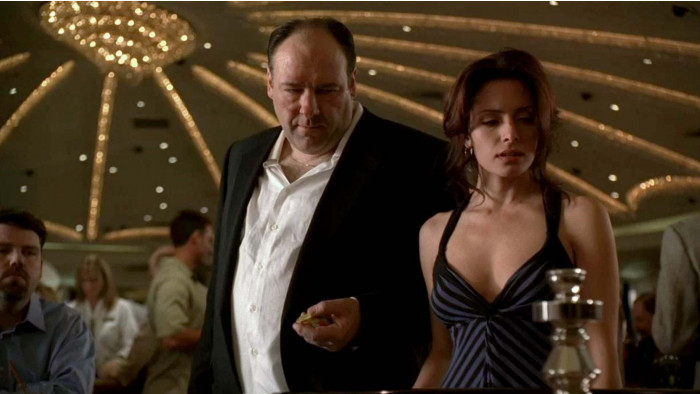 Tony’s relationship with his nephew Christopher is one of the show’s most complex (and important). His paternal instincts granted Chris more leeway than others, while the nephew’s constant desire to win approval bred feelings of inadequacy that manifested in self-destructive behaviour. Chris eventually runs out of rope in this episode when Tony – in a character revealing moment –calmly finishes off his nephew, following an horrendous car accident. Once again, it’s self-preservation at all costs for Tony Soprano. 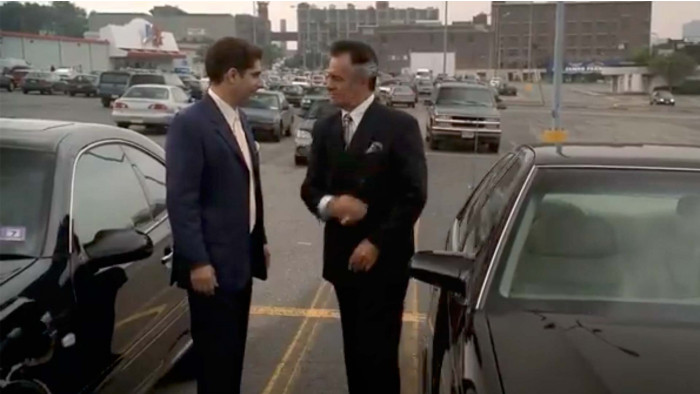 Best line: “He sat on one ass cheek the whole way over!” Silvio Dante

Christopher finally gets his heart’s desire and becomes a ‘Made Guy’ in this episode, and we get to see the sacred making ceremony for the first and only time in the series. However, Chrissy soon realises life as a member isn’t as glamourous or relaxing as he’d hoped.