Best Game of Thrones episodes: the greatest GoT of all time

Which episodes will claim the Iron Throne? ShortList sets sail for Westeros to find out

Game of Thrones was the show that proved rumours about the demise of watercooler TV were greatly exaggerated. Even in a world where streaming has made sure we can watch the shows we want, when we want them, HBO’s epic fantasy series remained the definition of appointment viewing.

Across eight seasons, the big-budget adaptation of George RR Martin’s A Song of Ice and Fire novels featured bloody battles, political scheming, and plenty of memorable heroes and villains vying for the Iron Throne of the Seven Kingdoms. There were also dragons and evil ice zombies – what more could you want?

While the show ended its record-breaking, multi-award-winning run in 2019, there’s loads of good reasons for a re-(Night’s) watch. But before you get stuck into 73 episodes, ShortList has picked out 10 of Westeros’s best – don’t forget to vote for your favourites to help shape the list.

Every episode of Game of Thrones is available to view on NOW TV in the UK.

Game of Thrones the Complete Series
£131.99
Don't have a NOW TV subscription? You can now get the boxset of all eight seasons of Game of Thrones on DVD and Blu-ray.
Buy now at Amazon 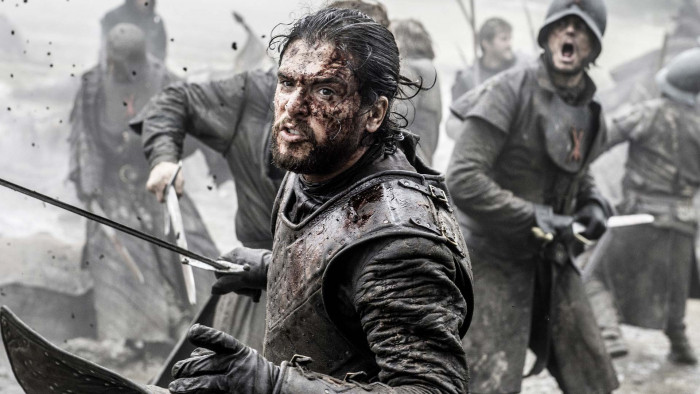 The battle for Winterfell in season eight’s ‘The Long Night’ is bigger, but loses points because it’s so dark you can’t see what’s going on. Besides, you’ll never watch a more brilliantly choreographed piece of screen warfare than this epic scrap between Jon Snow and Ramsay Bolton’s armies. It’s a relentless hour of questionable tactics (Jon Snow is as idiotic as he is heroic), extreme cruelty (Ramsay sending Rickon Stark on a doomed run for freedom), and an insane body count. But the best man wins in the end – and a vengeful Sansa leaving Ramsay to be devoured by his own hounds is incredibly cathartic. 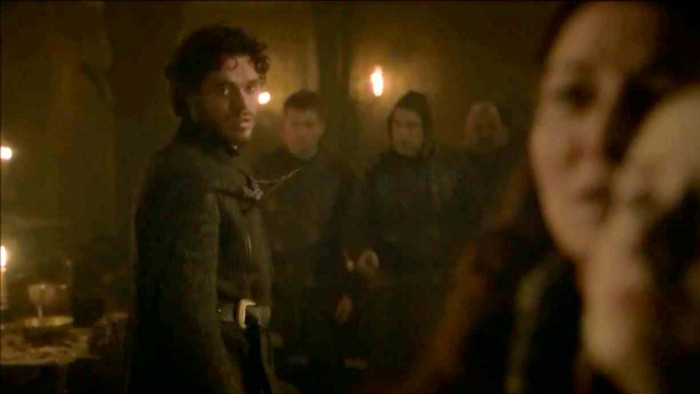 By the time season three rolled around, we’d started to twig that the ninth episode of a Game of Thrones season is where the fireworks go off. Even that didn’t prepare us for one of the most brutal sequences in the show’s run, as Walder Frey turned on King of the North Robb Stark at his daughter’s wedding. When Lannister anthem ‘The Rains of Castamere’ starts to play, it quickly becomes clear that Robb has been betrayed, as traitorous Roose Bolton initiates a Stark-flavoured bloodbath – all while the Frey looks on, an odious grin on his face. With the Starks all but wiped out, the show’s battle lines were completely redrawn after this. 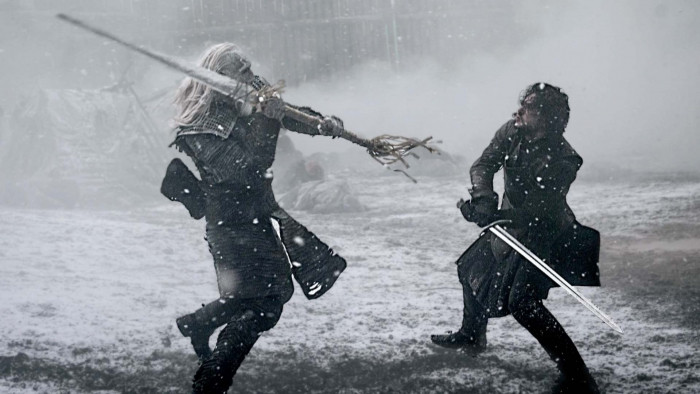 Although they were introduced in the very first sequence of the show, the White Walkers were relatively quiet for the first half of Game of Thrones’ run. In ‘Hardhome’, however, we learned why the residents of the Seven Kingdoms needed to be very, very afraid of the Night King and his undead followers. A gripping siege story focused on Jon Snow’s mission to save the residents of the titular village, it’s a gory mix of action and horror as the Walkers take control. The sight of the Night King nonchalantly resurrecting slain warriors to join his cause is one of the most chilling images in the show’s run. 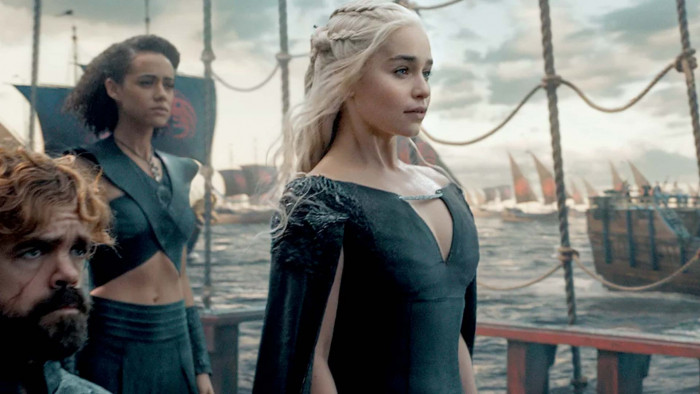 The episode that shares its name with George RR Martin’s long-awaited sixth A Song of Ice and Fire novel (the last instalment, A Dance with Dragons, was published way back in 2011) is suitably game-changing. Arya Stark gets glorious, bloody revenge on Walder Frey, while her half-brother (or so she thinks…) Jon Snow is crowned King of the North. But the real fireworks (literally and metaphorically) are reserved for King’s Landing, where Cersei cunningly sidesteps trial by Faith Militant by blowing up most of her many enemies in one audacious, explosive move. Her victory is somewhat soured, however, when her son Tommen takes his own life. 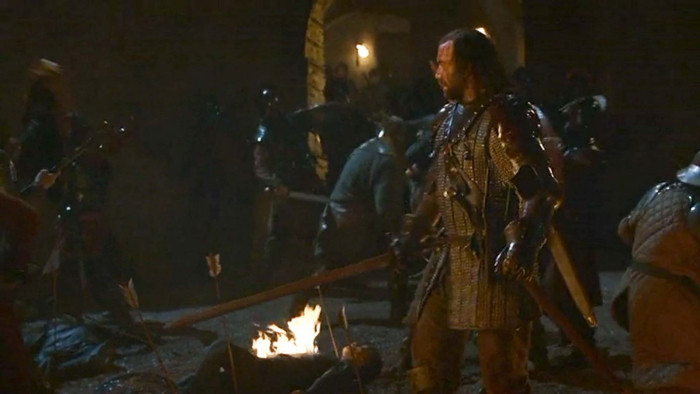 Game of Thrones would later become famous for its epic, battle-focused episodes, but ‘Blackwater’ was the first to suggest the show could compete with big-budget fantasy movies when it game to scale bloody spectacle. Totally in his element as ‘Hand of the King’, Tyrion Lannister has one of his finest hours as he leads King’s Landing’s defence against Stannis Baratheon’s invading forces. Directed by The Descent’s Neil Marshall, it’s a masterclass in action storytelling, an explosive battle on land and sea with heroes and villains on both sides. 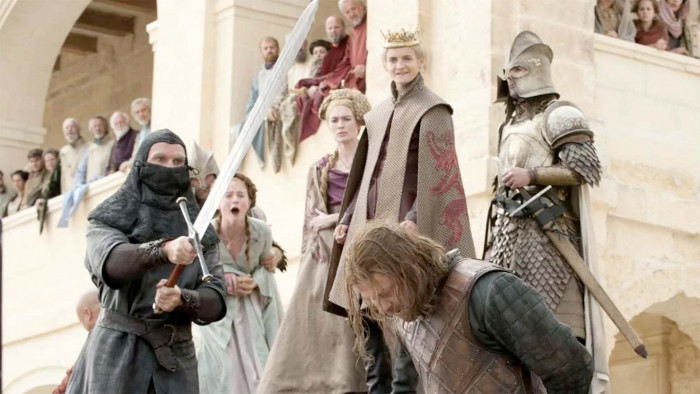 This could just be the most important episode in Game of Thrones history. We’d already seen major characters bite the dust by the time season one reached its penultimate episode, but even the unexpected demises of King Robert Baratheon and Viserys Targaryen were no big deal next to this. Played by Sean Bean – by some distance the biggest name in the show – noble Ned Stark was supposed to be the hero, the guy who’d make sure everything was okay. But when King Joffrey ordered his beheading, it was a brutal way to learn that, in Westeros, nobody is safe. A true game-changer. 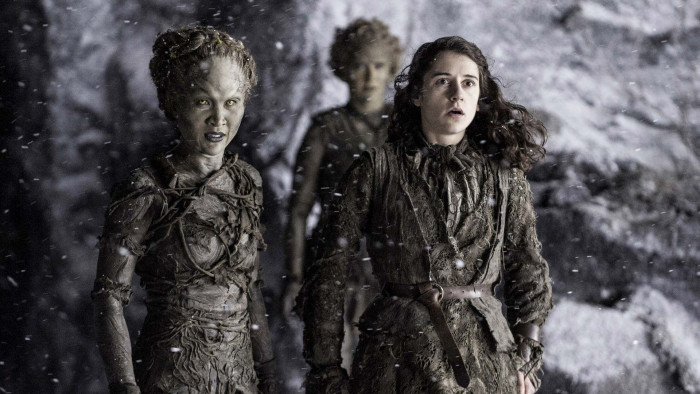 Arguably the most heartbreaking episode in the Game of Thrones canon – Ser Jorah Mormont saying a tearful farewell to Daenerys as he leaves to deal with his greyscale is just the half of it. Soon after learning that the White Walkers were created by the Children of the Forest, Bran Stark, Meera and Hodor make a desperate escape from an army of Wights, before the horrifying truth about Hodor’s limited vocabulary is revealed. Thanks to a time-shifting, mind-warping vision, he’s lived his whole life with the phrase ‘Hold the door’ running around his head – a horrific, inescapable reminder that the gentle giant was always destined to die saving Bran. 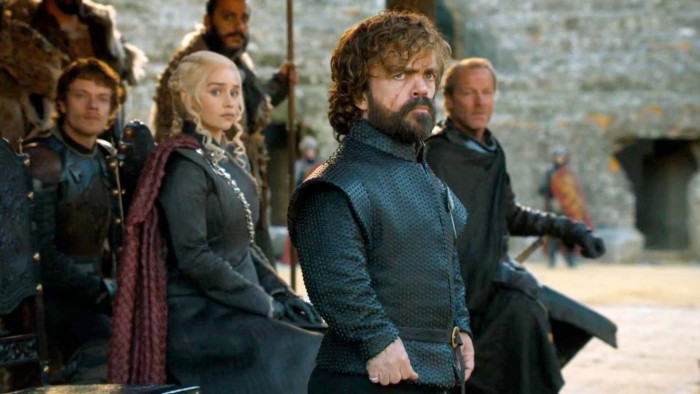 The words “zombie dragon” should be enough to singlehandedly secure the season seven finale iconic status, but there’s more to this episode than the Night King smashing his way through the Wall. After spending the show’s entire run in thrall to Cersei, Jaime finally shows some backbone by turning his back on his twin sister/lover when she refuses to join Daenerys and Jon’s fight against the White Walkers. The icing on the cake, however, is the novel experience of Littlefinger encountering a situation he can’t talk his way out of, as the Stark sisters outwit Westeros’s canniest schemer, and execute him in Winterfell. 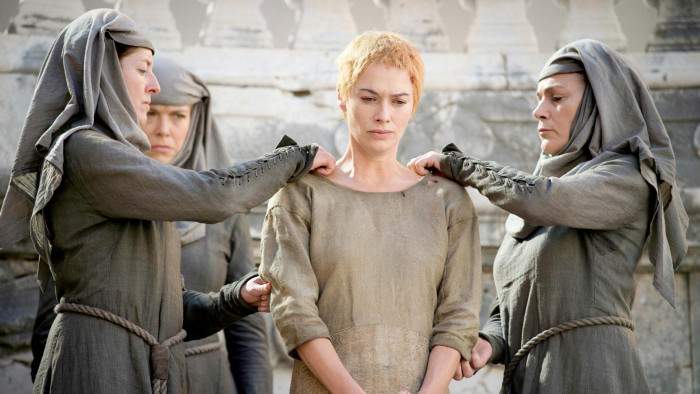 The episode that forced Jon Snow actor Kit Harington to spend an entire year lying about his involvement in season six – even to many of his co-stars – the season five finale ended with Jon Snow betrayed and murdered by his Night’s Watch troops. We now know, of course, that his watch wasn’t really ended, but at the time bumping off the star of the show was nearly as shocking as his dad Ned’s death four years earlier. The episode also achieves the unlikely feat of making you feel sorry for the otherwise objectionable Cersei, forced to endure a naked walk of shame through the streets of King’s Landing. 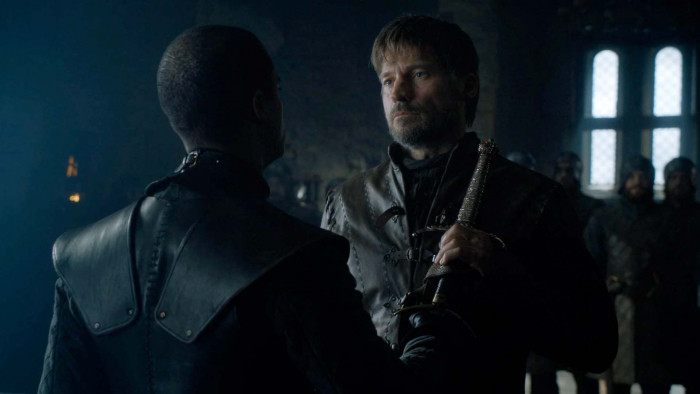 As Game of Thrones got bigger and more battle-focused, it was easy to forget that the most captivating episodes in the early days were often the talkiest. ‘A Knight of the Seven Kingdoms’ is wonderfully character-focused, a quiet prologue to the White Walkers’ imminent assault on Winterfell. Arya and Gendry get together, Theon earns redemption for his Stark betrayal in season two by vowing to protect Bran, and – in one of the show’s most beautiful moments – Jaime knights Brienne of Tarth. Okay, Jon Snow telling Daenerys they’re related is a bit awkward – Luke and Leia have nothing on those guys – but this is some much-needed calm before the storm.