Whiskey or whisky? Caramel or peaty flavours? There's a whole world of flavour in this particular kind of alcohol, and you'll find those different poles represented in this year's Amazon Prime Day whisky deals.

You can get up to 45% off a bottle, the kind of saving you don't see every day.

Here are some tasting notes on the Laphroaig bottle below from our best whiskeys round-up:

"This is from the Isla region of Scotland so it’s one for the peat heads out there who like a smokey tipple. The malted barley is dried by burning peat only found on the island.

"Like Glenmorangie, the 10 year old is the original Laphroaig, and that drying process gives it a huge hit of smoke (really, prepare yourself) followed by tastes of seaweed and a medicinal herbal sweetness."

Other top deals include the more refined version of Jack Daniel's blend, Gentleman Jack, and the 10-year matured Talisker single malt from the Isle of Skye. Check out the top whiskey deals from Amazon Prime Day below.

PLEASE NOTE: Some Amazon Prime customers are seeing incorrect pricing when they click through to a deal - this is an issue Amazon's end. Please make sure that if you do find something you want, it is the correct deal price before purchasing.

Jack Daniel's Gentleman Jack Tennessee Whiskey, 70 cl
£18.99
Filtered through charcoal, Gentleman Jack is a more refined version of Jack Daniel's you know and love. It's mellow enough to drink straight and is a bit of a steal at £18.
View now at Amazon
38% off!

Auchentoshan Three Wood Single Malt Scotch Whisky, 70 cl
£27.50
Auchentoshan is labelled three wood for a reason: it's been matured in a bourbon cask and two different sherry casks. The result is a dark chocolate lip smacking whisky. It normally retails for £40 plus, so this is a good deal.
View now at Amazon
33% off!

Talisker 10 Year Old Single Malt Scotch Whisky – From the shores of the Isle of Skye – 70cl
£27.99
Talisker 10 Year Old is one of the most popular single malts around, given it's sold in most supermarkets. The taste is full-bodied but it still tastes light. There's a slight smokiness to it, too, which makes it a decent all round scotch.
View now at Amazon
32% off!

Laphroaig Quarter Cask Single Malt Scotch Whisky, 70 cl
£24.90
There's no smoke without Laphroaig . The peatiest of whiskies is a superb end of night drink. It's not for everyone but for those who can take the peat, then this is essential.
View now at Amazon 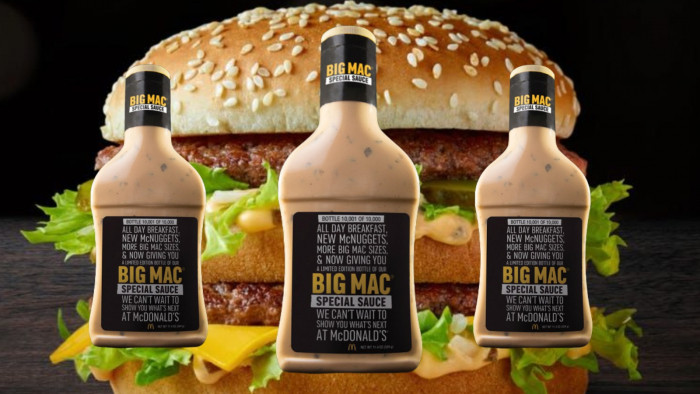 The fast food chain is expecting the sauce to be in high demand.
Food And Drink

All the best Nespresso machines in one place - perfect pod coffee revealed.
Accessories

Our pick of the best coffee grinders will assist with your morning caffeine fix.
Food And Drink