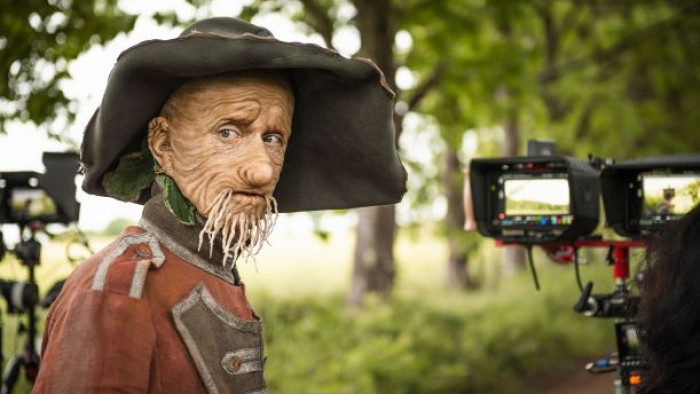 There's a reason Worzel Gummidge is in our scariest kids' TV shows guide - if you are someone of a certain age, one look at the human scarecrow would give anyone goosebumps.

Now the classic TV show is getting remade, with The Office's Mackenzie Crook starring as Mr Gummidge. The show is being redone by the BBC and the new image is quite something.

Gone is Worzel Gummidge's long-ish straw locks, in its place a bigger hat and a rather freaky goatee. Gummidge needs to quit scaring the crows and read our best beard trimmer guide.

According to the Beeb, the new show will be made up of two-hour extended episodes, taken from creator Barbara Euphan Todd's books, called 'The Scarecrow of Scatterbrook' and 'The Green Man'.

It's great to see the BBC try its hand at creating a modern adaptation of Worzel Gummidge. Given the best Netflix TV shows are all anyone is talking about at the moment, here's hoping these episodes will have the whole family glued to their TV set, when they are shown this Christmas.