The scariest kids' TV shows were occasionally not meant to be scary at all. But there was something about them that just freaked us out as children.

Picture the scene: You’ve just got home from school. You’ve got a Kia Oraon the go and a packet of Nik Naks by your side. Life. Is. Sweeeeet.

School tie off, Nik Nak dust regardless, you flick through the telly channels looking for something more attuned to your tastes than ‘Crossroads’.

UPDATE: The prequel to Jim Henson's The Dark Crystal has made us nostalgic for another of his projects: The Storyteller, which is why we've now added it to our list of the scariest TV shows for kids. Also new this week is Eerie Indiana, the undeniably creepy TV show from the early 90s about the weird goings on in Eerie, a small town in Indiana.

Disney Plus UK
£59.99
Disney Plus has arrived in the UK - you can pay £59.99 for the year, or £5.99 a month.
Stream Disney Plus now
Then, you see a horrific red corpse emerge from the depths of an abandoned pool, zombie-like, to face a terrified gang of children in what is the most disgusting thing you’ve ever seen in your decade on Earth.

This isn’t a nightmare. This is kids' TV. Specifically, The Tale Of The Dead Man’s Float, one particularly NOPE-NOPE-NOPE-inciting episode of "Are You Afraid Of The Dark?". And you couldn’t get enough.

From the intentional spooks, to the how-did-they-not-see-this-was-terrifying innocent scares, these shows have kept us awake at night ever since we first saw them. Pour yourself a Kia Ora and brace yourself…

Upvote your favourite show, and let us know about any you think need to be added to this creepy hall of fame. 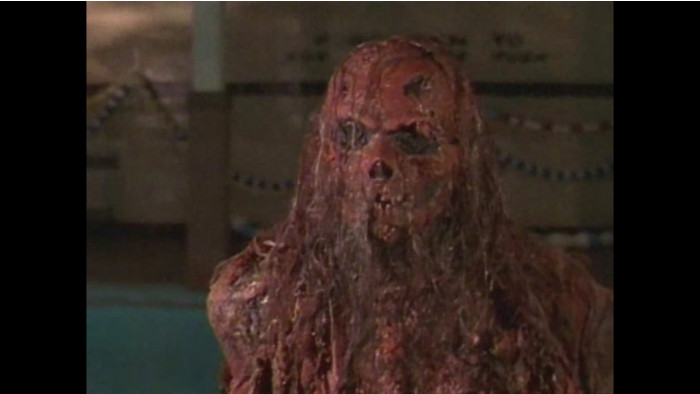 Before there was Goosebumps, there was Are You Afraid Of The Dark? providing the teatime scares for kids in the 1990s. The Nickelodeon show was set around a campfire, with "The Midnight Society" of kids swapping creepy ghost stories, though they are never once shown starting it. The creators of the show didn’t want kids learning how to start fires. 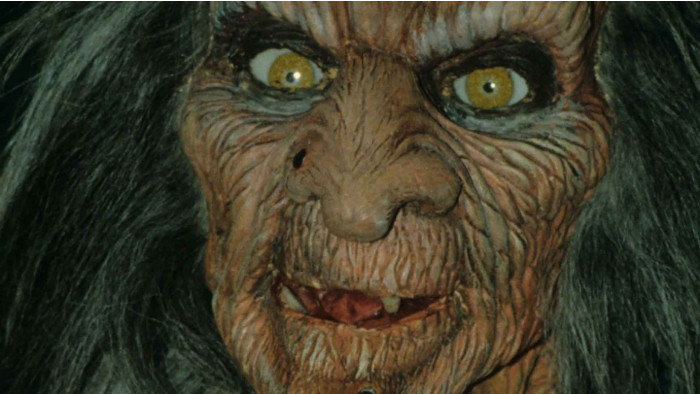 The sci-fi puppet show from the creator of Thunderbirds gave us one of the most terrifying villains in all of kids TV, in Zelda. Not only did she look like the stuff of nightmares, she controlled an evil army of aliens and androids on a mission to invade earth. 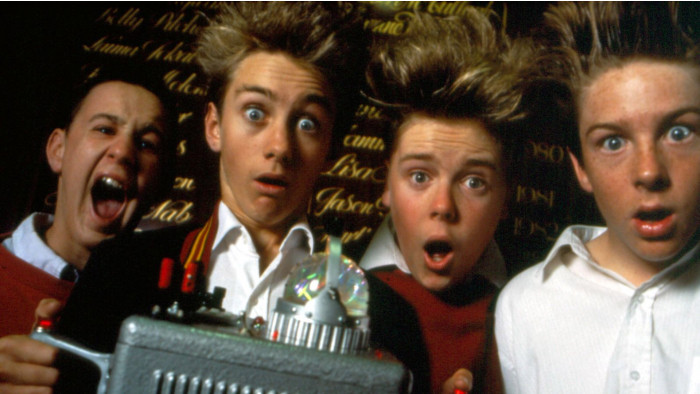 Every 90s kid knows the earworm theme tune of this Australian kids fantasy show – and every 90s kids knows just as well the nightmares that it seared into their brains along its 11-year run. Featuring stories involving death, spirits, and even incest and bestiality, a spokesman for the Australian Children's Television Foundation has spoken out on the trouble getting them distributed, saying "the scripts were declared 'too rude', and 'not for television'". 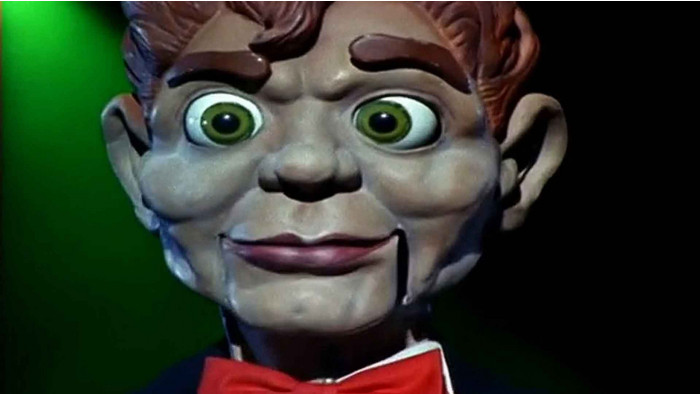 The iconic horror anthology TV series based on the R.L. Stine books and hosted by the author himself scared 90s tweens with a tone as perfectly terrifying as the paperbacks. It also happens to be on Netflix right now, if you’re brave enough to go in for round two of the creeps. 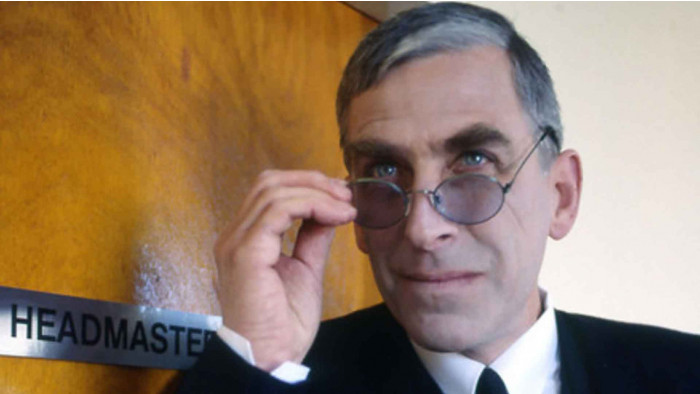 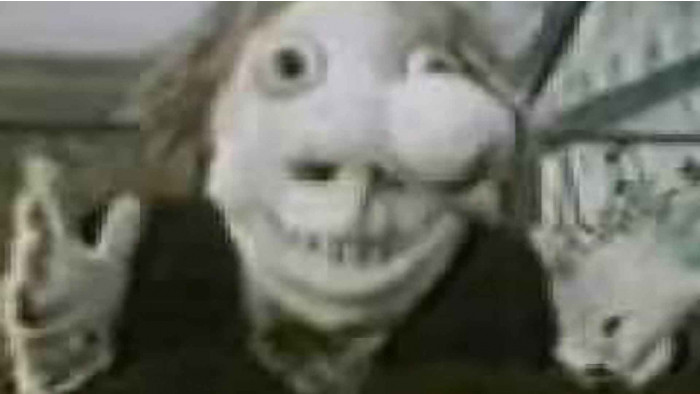 No, this isn’t a still from a banned horror film, and it wasn’t directed by David Lynch. This is Jigsaw, BBC puzzle-solving programme aimed at children “BETWEEN THE AGES OR 4 AND 7”. The long-nosed grinning character of nightmares is Mr. Noseybonk, an absolutely horrific creation that was even satirised in The X-Files episode "Familiar" as a character called Mr Chuckleteeth because of how universally goddamned scary he is. 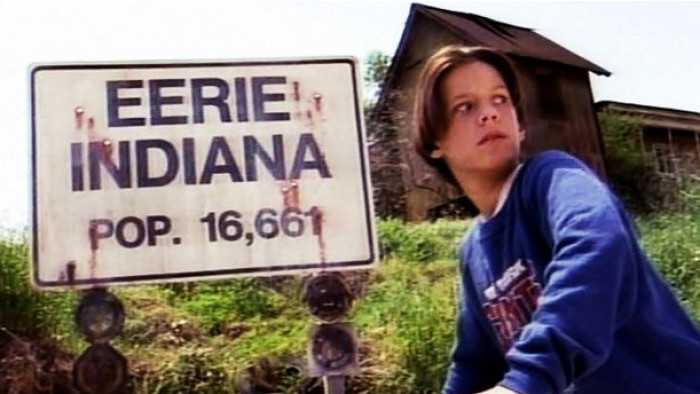 The undeniably creepy Eerie Indiana was about a boy called Marshall Teller whose family moved to Eerie, a small town in Indiana. Each episode focused on a different odd (and often disturbing) storyline. Some were scary others were just weird and unsettling - think David Lynch for kids. 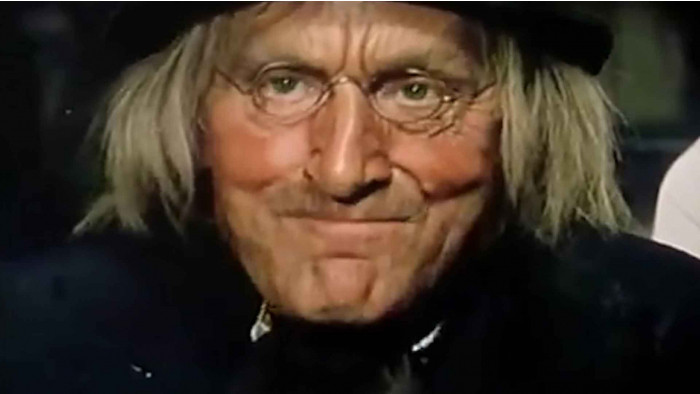 It may have been a comedy, but for many, scarecrow-come-to-life Worzel Gummidge was totally terrifying. As if one scary head wasn’t enough, the creepiness was intensified by the fact that Worzel could take off his head and swap it for his other. Interchangeable ones. It’s enough to send shivers down your haystacks. 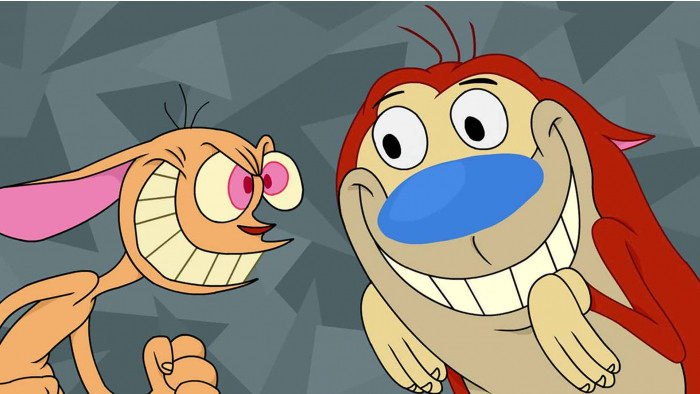 £22.98
The 25th Anniversary collection at Amazon

This cult cartoon is hilarious, influential and totally grotesque. Full of sexual innuendo, extreme violence and totally gross images, the Nickelodeon animation about unstable Chihuahua Ren and nice-but-dim cat Stimpy saw the episode ‘Man’s Best Friend’ banned for being too violent. But another broadcast scene of Ren smashing his own skull with a hammer still serves as nightmare fuel. 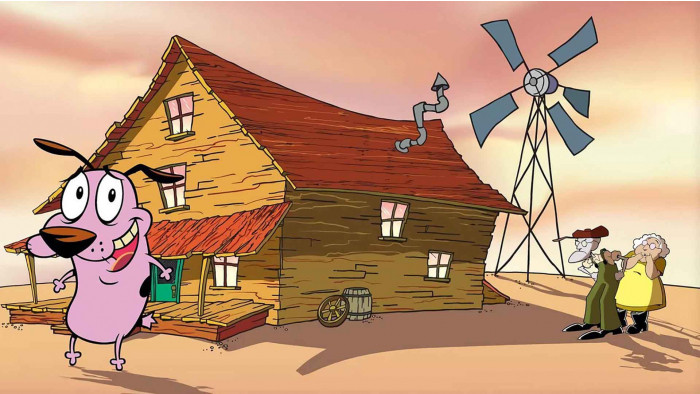 Courage’s cast of weird characters are some of the creepiest ever broadcast on kids TV or otherwise. Courage, the little pink dog who lives on a farm with his elderly owners in the middle of Nowhere, had every right to be cowardly. His disturbing visitors included supernatural visits from the world’s scariest floating head, alien home invasions and a pig who ran a burger restaurant where the meat came from… people. Oh, kids' TV. 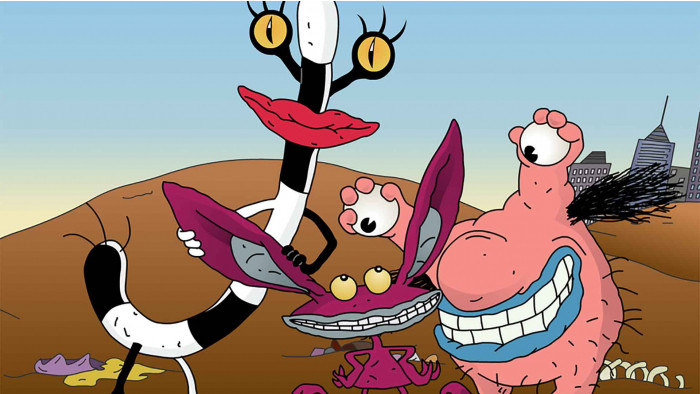 The 90s was a golden era for creepy as hell cartoons. Real Monsters was one of them. The main cast of characters reads more like a Guillermo Del Toro horror film than a kids show: Krumm carries his own eyeballs in his hands, black and white striped-stick-thing Oblina could pull out her internal organs, and big-eared Ickis grew giant-sized to scare humans. Charming. 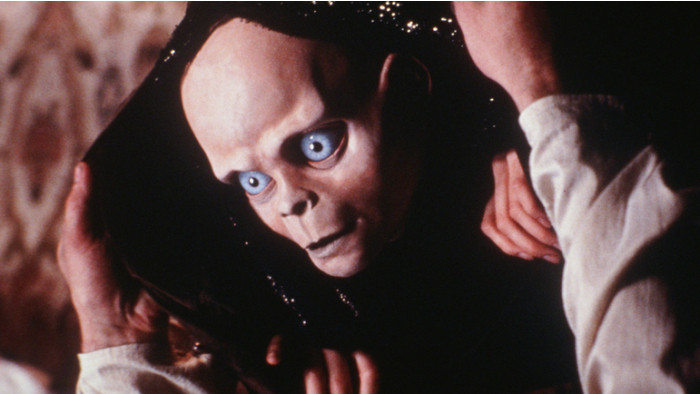 The prequel to Jim Henson's The Dark Crystal has made us nostalgic for another of his projects: The Storyteller. This TV series featured an old storyteller (John Hurt) who would tell old folk tales, often with a dark and disturbing twist. (Or at least it felt that way as a kid. We've not heard anything about the reboot recently, but Neil Gaiman was originally in talks to create a new series – we can't think of a better fit.

Updated: the best Netflix UK TV shows you should be watching.
Entertainment