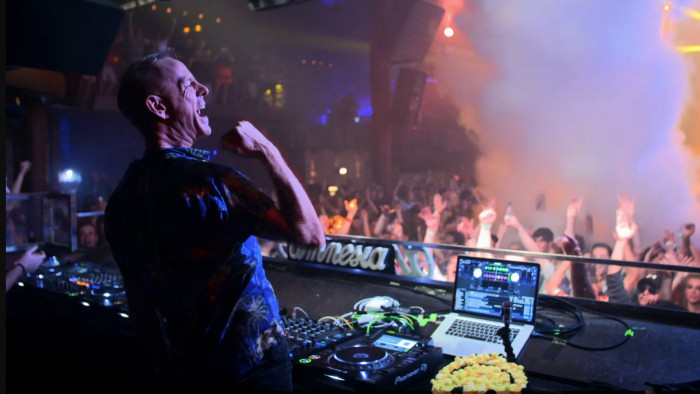 When you think of Ibiza, the last thing you think about is silence. The island has had a rich, cultural heritage with music and counter cultures for some 2,000 years now, and it is this which director Julien Temple has mined for his latest documentary, Ibiza: The Silent Movie.

Premiering at Glastonbury Festival tonight (26 June), on the Cineramageddon stage, the audience will be able to watch the movie in vintage cars and in the presence of Michael Eavis, Temple and Fatboy Slim. And after the showing, Fatboy Slim will be doing a DJ set.

“It’s the second time we’ve done Cineramageddon at Glastonbury. The first was when Johnny Depp opened it in 2017. It’s the biggest screen in Europe and we’ll be premiering Ibiza: The Silent Movie there,” says Temple, speaking to us from his house in Somerset.

“There are similarities between Glastonbury and Ibiza,” continues Temple. “They are both places to escape your everyday life.

“Norman [Cook, Fatboy Slim who did the soundtrack to the movie] is a fixture of both, so he’s in both camps.”

As for the movie, it’s the “loudest silent movie ever” explains Temple, but it’s not just about the dance culture, but all cultures that have found the island a place of solace.

“The documentary is a guide to the history of the island, it’s for punters but telling them to have a bit more respect. Ibiza is in danger of tourism. It’s such a beautiful, magical place.”

As for his own experiences of Ibiza, he went back for the documentary but his best, if rather hazy memories, are of decades before.

“I was there in the late 80s and 90s, so I did see the clubs and the island and it was magical then. But the beatniks were there in the 50s, there was cool jazz on the beaches, then the 60s arrived and the hippies got involved there, Bob Marley was there.”

With all this rich culture it’s surprising Temple took the silent movie approach to the movie, but he tells us he “wanted to raise eyebrows and try to think of another way to do it.”

And that’s what he’s done with Ibiza: The Silent Movie, with Temple noting: “most silent movies have an orchestra, we have a Fatboy Slim.”

Head to the official website for more information on where you can catch the doc, if you are not at Glastonbury, and check out Julien Temple’s 5 favourite silent movies below. "Buster Keaton is just amazing in The General - there was no real slapstick. The close ups were a big thing, showing the face, seeing that big on the screen. Keaton could portray the melancholy and sadness. I know it was Orson Welles favourite movie." 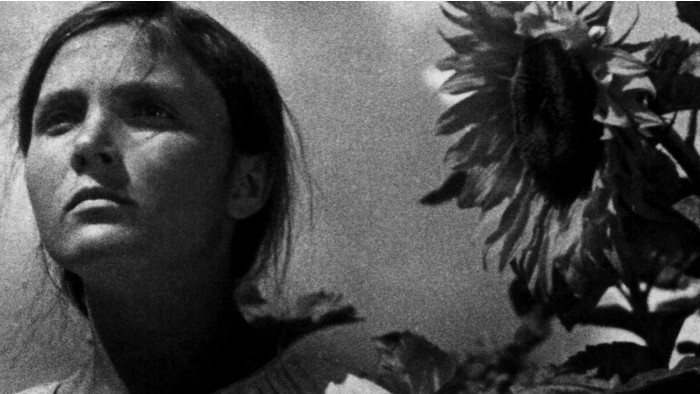 "One silent movie that I love has a connection to Ibiza, it was a very agricultural island. It was the poorest, most remote part of the Europe until the 50s. Until then there were only 30 cars on the Island. The culture before Dada, beatniks... the culture was agriculture.

"The movie's called The Earth, made by Alexander Dovzhenko, in Russia - was made as a hymn to collective farming and tractors, made the most beautiful films of people working the land, getting drunk, naked - captures the life of the community. The image that stands out, is a girl who a guy falls in love with them." 3. ​The Passion of Joan of Arc

"The Passion of Joan of Arc is just an incredible sequence of close-ups. Maria Falconetti's face is so modern, it could be a live beam from a courtroom from a witness box. The emotion just resonates throughout. It is one of the most compelling things, this portrait of her." 4. Man With a Movie Camera

"My favourite, if I had to choose, is Man With a Movie Camera. The movie is just so ground breaking, it did things with filmic technique that just hadn’t been done before and is now what movies are made of. There's freeze frames, match cuts, slow motion. It’s so inventive and influential. You even see the film being edited, which even now is mind blowing, it is about the idea of a city and a place and it's influenced me so much." "I haven’t seen the remastered one but I did see it on the big screen; the visual imagination that set up... it’s still stunning. It's inspired everything from Blade Runner to C-3P0. It’s a stunning monument and it means many things to many people. Some people saw it as the rise of the Nazis, others the rise of evolution but it’s an amazing visual thing."