Best Black Friday 2020 laptop deals: which laptop should you buy?

Slim, hybrid and gamer laptop deals to look out for. 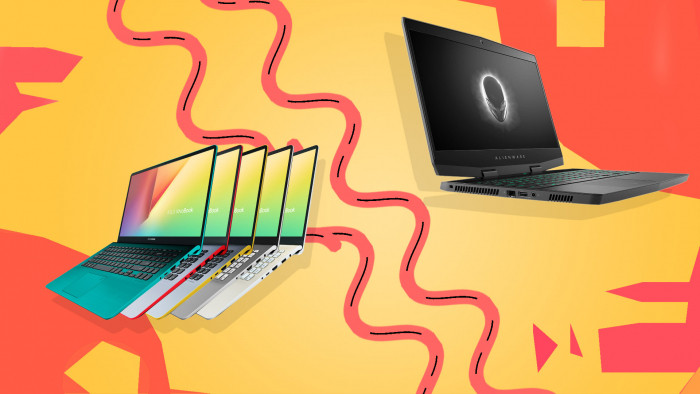 Need a new laptop? Black Friday 2020 and Cyber Monday is the time to shop. When the deals start flowing there are bound to be hundreds of pounds off some great laptops.

You need to know the models to look out for, because the deals are going to fly by from all angles.

We keep track of all the new laptops that go on sale, and have reviewed many of them first-hand. Check out our impressions in our best laptops for students and best budget laptops tests.

But the first steps are to set a budget, ask yourself whether you need a dedicated graphics card for gaming, and how light you want the laptop to be. We recommend sticking below 1.6kg if you'll have to lug the thing around each day.

Here are some the models to look out for this Black Friday.

Dell’s XPS 13 is the classic Windows alternative to a MacBook. This is a no-nonsense performance laptop of the highest quality. For years Dell XPS 13 laptops didn’t have touchscreens, but they do now (4K versions).

This isn’t a particularly affordable buy before a Black Friday discount, but it does start off at a lower price than a MacBook Pro. For example, the £1359 XPS 13 has specs similar to a MacBook Pro 13.

If we see a little more shaved off the price in a Black Friday sale, this will be a top buy.

Dell XPS 13 highlights include a small footprint matched with a screen large enough to let you do proper work. Different versions have 1080p and 4K displays. Look for the higher-end model if you want just about the sharpest screen put into a laptop.

The Dell XPS 13 does not have a graphics card for all you gamers, but it does have a powerful Intel Core processor that can handle just about anything else. We expect XPS 13s with 8th Generation processors to appear this Black Friday. Dell now sells models with 10th Gen chips, but these aren’t actually a huge upgrade over the older kind.

Don’t miss this laptop if value is your top priority. You can get the Asus Vivobook S15 with the same components as a computer twice the price.

Where’s the catch? The casing is metal but there's more flex to it than a £1000-plus model and the screen isn’t the brightest or richest around. However, the performance and substance per pound on offer here is hard to beat, even before you factor-in a Black Friday discount.

The Asus Vivobook S15 comes in 15-inch and 14-inch varieties, and choosing between them is pretty easy. Go for the 14-inch version if you want a laptop to carry around with you regularly. Buy the 15-inch version if it will mostly stay at home.

Asus put a little more effort into the design of the Vivobook S15 than we’d expect. It has very slim screen borders, which makes the laptop smaller without a screen size compromise, and the natty yellow/red trim around the sides gives it more personality than the average affordable model.

Alienware gaming laptops are easy to recommend to those who don’t have a limit to their budget. But most of us do.

It’s why Black Friday is the best time to hunt down an Alienware.

The Alienware m15 won the top award in our best gaming laptops test, and not just because it looks good or has incredibly powerful hardware for a 2kg laptop. Alienware laptops have great keyboards and tend to be very well-built.

There's more to the design than sturdiness too. Gaming laptops need clever cooling systems, or they’ll overheat. No-one wants a red-hot keyboard, and your laptop performance will dip if the heat gets too much.

The most likely Black Friday Alienware m15 bargain is the model with an RTX 2060 graphics card and Full HD screen. Yes, you can get even higher-resolution displays from a non-gaming PC, but by keeping the resolution sensible, you can increase the sliders on lighting and shadow effects in games without killing the frame rate.

Keep an eye out for the Alienware m15 with RTX 1070 and RTX 2080 cards too. Their normal prices put them out of reach of most buyers, at up to £2699, but a Black Friday deal miracle might just change that.

The Acer Swift 3 is one of the most sensible laptops buys in the world right now. That’s a big claim and a boring one at the same time, but don’t forget that a laptop saving leaves you with more to spend on fun tech. Or sweets.

It looks plain, but the Asus Swift 3 has a metal shell for the same cool-to-the-touch feel as a MacBook. And the specs you get for your cash are mega, before any savings.

It even has a slim-surround screen, for a more modern look.

The HP Envy x360 is one of the top hybrids to look out for on Black Friday. It’s a well-made and well-priced laptop with a 360-degree hinge. You can prop it up at all sorts of angles, handy if you want to get the keyboard out of the way when in the kitchen.

Its flexibility does not end there. Some versions of the Envy x360 have a dedicated graphics chip, which will roughly double the speed of games compared to the average high-end style laptop.

The HP Envy x360 looks serious but is ready for fun.

This is an aluminium laptop, so looks and feels expensive, and has a good Full HD screen. That’s right, you can get sharper laptops, but we think the HP Envy x360 offers a great balance of design, build, style and substance.