From one valley to another. 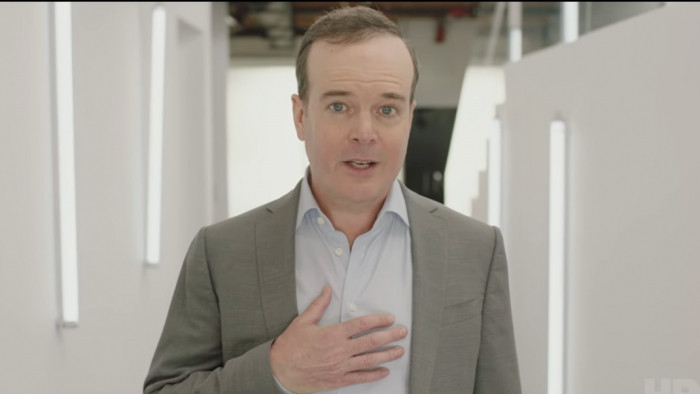 Westworld is back – but gone is the cowboy theme we've grown to know and love.

This season's theme is 'The New World' – and the suitably creepy trailer, for a fictional technology company called Incite, has already got us excited.

The company offers “unprecedented computing capabilities... analysing data for life’s most unsolvable problems", according to the ad – which sounds good, sure, but is no doubt a foreshadowing for whatever terrifying stuff is set to unfold on the show.

Aired at the WIRED25 conference this weekend, the trailer is our first look at the new season. How exactly things are going to play out, however, is still unclear – we don't even know whether the world shown in the clip is the real world or another park.

Show favourite Thandie Newton will be returning and Aaron Paul will be joining her. The new series of Westworld also introduces Tony award winning actor Jefferson Mays into the cast, too – he plays the uncanny CEO you see in the trailer. So one thing you can definitely be assured of – even if all else is thrillingly unclear – is that the show is in good hands.

The series will be out in 2020 – so until then, why not catch up on all the best NOW TV shows available to watch...well, now.