Tim Burton's characters finally has something to smile about 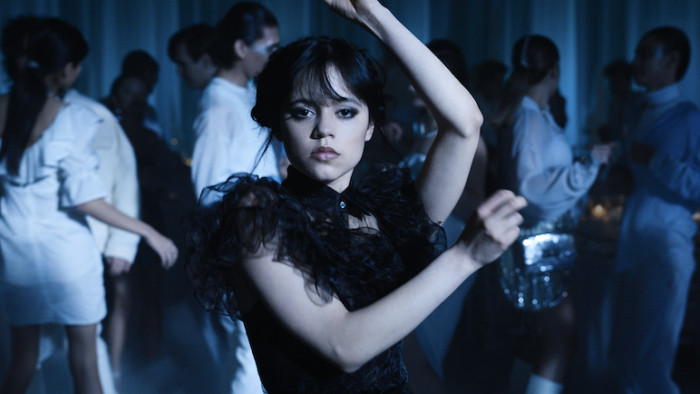 Chart-topping Netflix series Wednesday has gone and smashed yet another streaming record.

With master of the macabre Tim Burton at the helm, the series was always expected to prove popular among global audiences.

Now though, the acclaimed gothic series has smashed yet another eye-watering streaming record, surpassing Monster: The Jeffrey Dahmer Story to become the second most streamed Netflix series of all time.

According to the Neilsen streaming chart, audiences watched Wednesday for nearly 6 billion minutes during the November 21-27 window.

It's a pretty impressive figure, given the series was only available to stream over 5 of those days.

By comparison, the second most streamed show during that period was another Netflix favourite - Dead To Me, which accrued only 1,464 minutes of watching by comparison.

According to Netflix’s own figures, the series has actually gained popularity since its release. Numbers show a jump from 341.2 million hours watched in its first five days to 411.3 million the following week.

For those tempted to watch, The Addams Family spin-off series follows Wednesday Addams and her spook-tacular escapades at a boarding school called Nevermore Academy.

With its viral dance sequences and instantly recognisable costumes, it's a tale has captured the imaginations of audiences young and old.

With Stranger Things series 4 hitting 7.2 billion minutes during its opening week by comparison, it's safe to say the Addams family favourite isn't all that far behind.

It's true that Netflix and Neilsen measure their figures differently - Netflix in hours across all devices and Neilsen in minutes on US TV screens - but what the numbers do show is that our thirst for original content is unrelenting.

Given the success, it's easy to understand why rumours surrounding Wednesday's future continue to circulate.

With a second series pretty much guaranteed - despite Netflix's penchant for cancelling original content left, right and centre, we can't wait to catch more.