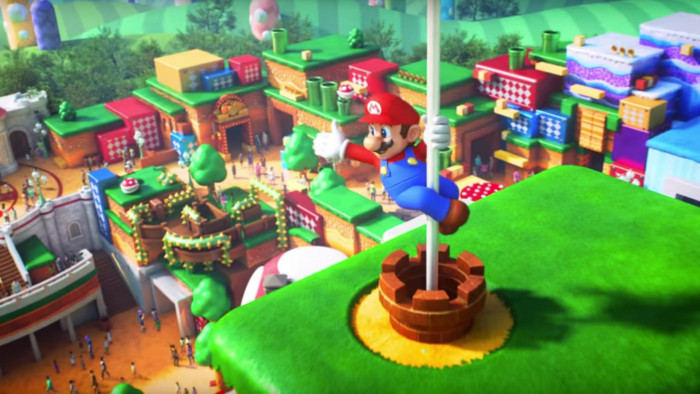 After years of rumours and speculation (along with numerous leaks of concept art), we finally have our first (albeit unofficial) look at Universal Studios’ Super Mario World in Japan.

The Mario-themed land is scheduled to open next year - ahead of the 2020 Olympics in Tokyo (in the hopes of bringing in maximum crowds, we're sure) - and scaffolding has been up for some time.

However, we’ve struggled to get a good look at what the Nintendo area would actually look like...until now.

The photos of the construction have been shared by a Universal Studios Japan fan page (via eurogamer), and give some insight into what visitors might expect when they first the Super Mario World next year.

The scenery of SUPER NINTENDO WORLD

So far, all that's visual is a 3D version of a Super Mario landscape, which has been reported to be part of the Yoshi’s Adventures ride - though no official confirmation, yet.

We do know a little about the ride, though as Chairman and CEO of Universal Parks & Resorts, Tom Williams revealed some details during an event in September.

The ride is expected to be an omnimover-style experience with cars designed to look like Yoshi.

There will also be another ride in the Super Nintendo World based around Super Mario Kart - though, Universal have been unwilling to reveal much about it.

This Super Mario World in Osaka is expected to be the first of many, with similar areas also being built in by Universal in Orlando, Hollywood and Singapore.

For now, this Mario-themed area in Japan is set to open in Spring 2020, with further expansion expected in the coming years.