Tiger King: new episode details revealed and it's not about Joe Exotic

Rumoured to look beneath the glitz and glamour of a Las Vegas' tiger show. 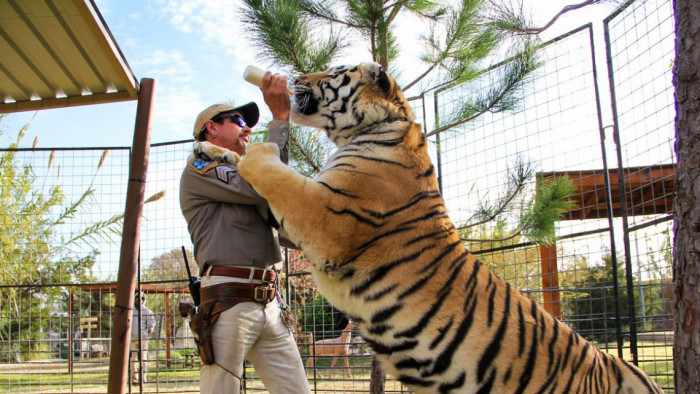 What was meant to be an expose into the welfare of big cats in America, ended up being a true crime drama focusing on Joe Exotic and his apparent obsession with rival wildlife conservationist Carole Baskin.

By the end of the show, it was more about the gaggle of characters than the tigers - add in an aftershow special presented by comedian Joe McHale, a boatload of memes and people dressing up as Exotic, and it has probably mutated into something the filmmakers didn't intend.

The result is still one of the best Netflix documentaries around, however.

According to a report by THR, though, this may change with the much-rumoured 'sequel' episode. It looks as if it won't be focusing on Joe Exotic at all but a tiger attack on Roy Horn, while he was on stage during the magician's popular Siegfried & Roy show in 2003.

THR says it spoke with one of the production team of Tiger King who believed the new episode would focus on this event.

A sequel to the Tiger King has been talked about for some time, with some thinking a new episode would arrive last month. That didn't happen, however.

It is also unclear whether this would be a whole new episode or a new series focusing on that incident.

There are also a number of dramatised versions of The Tiger King in the works. It is thought that Nicolas Cage has signed up to play Joe Exotic in a new series that focuses on the article Joe Exotic: A Dark Journey Into the World of a Man Gone Wild.