Just when you thought things couldn't get any stranger. 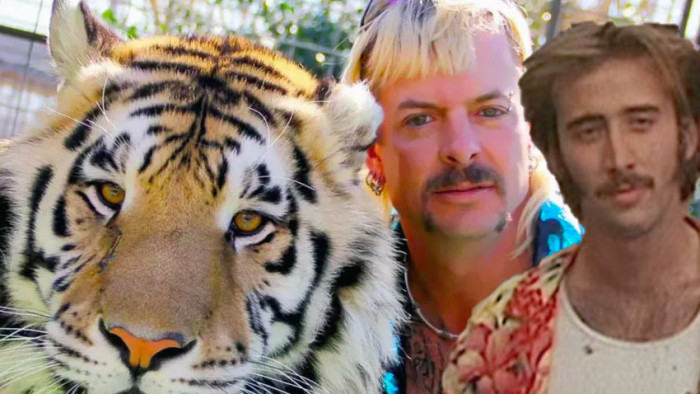 It's been revealed that Nicolas Cage, yes, Nicolas Cage has signed on to play Joe Exotic in a new limited series based on the ill-fated American zookeeper.

Even though it plays it straight, the characters involved in the show are cartoon like, straight out of a Jody Hill/Danny McBride sitcom.

It is barmy stuff so perfect fodder, then, for Nic Cage who is attached to a scripted series about Joe Exotic.

According to Variety, who got the exclusive, Nicolas Cage will play Exotic in an eight-episode series based on Joe Exotic: A Dark Journey Into the World of a Man Gone Wild,” an article by Leif Reigstad.

The series is set to be written by Dan Lagana, who brought us the brilliant American Vandal and marks the second scripted series to be based on The Tiger King.

The first is set to star Kate McKinnon as Exotic's nemesis Carole Baskin, although not much more is known about that version of the tale.

Nicolas Cage currently has six movies set for release in 2020 (Covid-19 permitting) but this marks the first time that he has acted in a TV series. While we would have loved it if he had done something like True Detective or Fargo, he's pretty much perfect to play Joe Exotic.