Joe and Carole are back 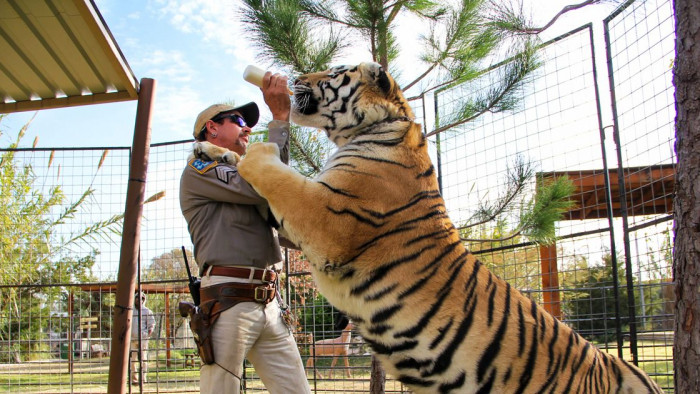 It's been hard to escape Netflix's latest runaway hit, Tiger King. Its cast of colourful and somewhat morally dubious characters, including the eccentric Joe Exotic and sweet, hippy Carole Baskin, have understandably captured the world's imagination – and there are a lot of memes to prove it.

You're also likely to have seen a lot of quarantine-inspired haircuts that look eerily like Joe's, though how much of that is down to Tiger King and how much down to bad hairdressing skills is unclear.

Well, we've got good news if you burned through the series super fast while in isolation and have been left twiddling your thumbs: it looks like there may be a bonus episode heading to our screens some time this week.

According to Jeff Lowe, who you may remember from the series as the man who took over Joe Exotic's animal park, there's going to be another episode coming soon.

So our friend @christie_dish listened to the podcast, @HoldingKourt and after last weeks episode decided to send us this!!!

There will be 1 more episode of #TigerKing [email protected] pic.twitter.com/YeRSIlDKTJ

"Thank you for watching our show. You need a life, you just wasted seven hours on us," Lowe says in a recorded message to baseball player Justin Turner.

"Netflix is adding one more episode that will be on next week. We're filming here tomorrow."

This will undoubtedly be good news for fans of the show, who pretty much can't get enough of it. There's the memes, of course, but there's also a now highly popular podcast based on Joe Exotic – and that podcast covers some fresh ground, particularly when it comes to the park's workers.

Kate McKinnon has also signed up to appear in a mini-series based on the show. With such colourful characters and such a compelling plot, it's not a surprise the show's been so popular – nor is it a surprise that it's being made into a drama.

No comment from Netflix yet on the new episode – but there are plenty of brilliant shows to watch on the platform in the meantime. Here's our pick of the best Netflix TV shows to watch now.