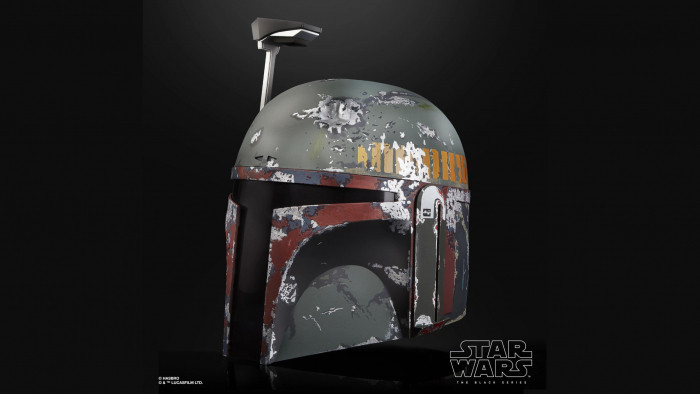 When we were kids, the closest you were going to come to an authentic Star Wars gaming experience was a plastic lightsaber – if you were lucky. Two cardboard wrapping paper rolls slammed together until they inevitably and near-instantly broke was probably closer to reality.

Well, things are looking a bit more polished now – as evidenced by this amazing Boba Fett helmet, available next year.

The helmet is being produced by Hasbro’s Black Series line, a collection of high-end toys. Its already released Kylo Ren and Stormtrooper helmets, as well as X-Wing pilot helmets worn by fan faves Poe and Luke.

Costing $119 (around £95), the helmet has some pretty impressive features.

Hasbro Product Design Manager Sam Smith told StarWars.com that the helmet was painstakingly copied from the film version: “we calculated every colour and double checked every measurement,” he said. “We did not change a proportion on this at all”.

He also told the website that the helmet has a “record setting number of paint applications”, meaning it’ll look completely authentic. The helmet also includes LED lights and a moveable range finder.

So if you fancy adding a bit of authenticity to your cosplaying, you can preorder your helmet now.