This exoskeleton claims to improve your running (and channels the Terminator)

Leaving the couch could now be easier than ever 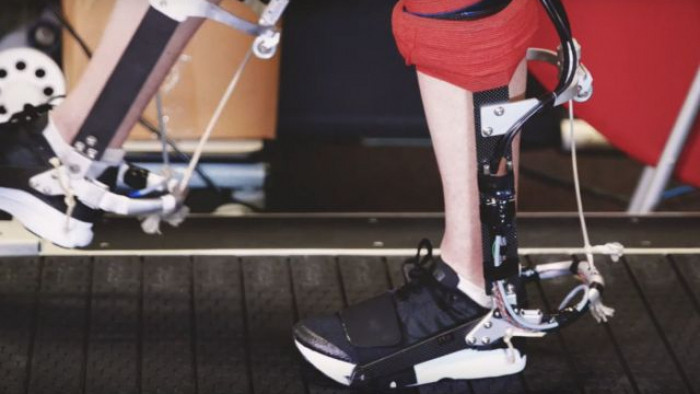 Ever fancied running a marathon but concerned you couldn’t last the distance? You’ll be pleased to hear that thanks to a motorised exoskeleton created by engineers at Stamford University, that goal might just be within your grasp.

The new rig has been designed to attach to the user’s ankle and claims to make running 15% easier. That’s incentive if we ever heard it.

Not only that, but engineers claim the device reduces the energy cost of running - meaning that less exertion is needed to achieve the same result - while also allowing the user to run for longer than they could usually manage.

OK, so it’s safe to say we won’t see Mo Farrah or Eliud Kipchoge donning this kit anytime soon (we’re pretty sure it’ll be outlawed alongside Nike’s super-speedy trainers) but the concept might just have the potential to take off.

Researchers claim they tested out a spring-like device too (our legs act as giant springs after all) but claim that the design just made running harder.

The design may not hit the mainstream any time soon, but the team reckons the kit has the potential to make running to work a sweat-less experience.

Not only that, but it could be a great way of promoting exercise among groups who usually choose slippers over trainers.