These are the contenders for The Great British Bake Off 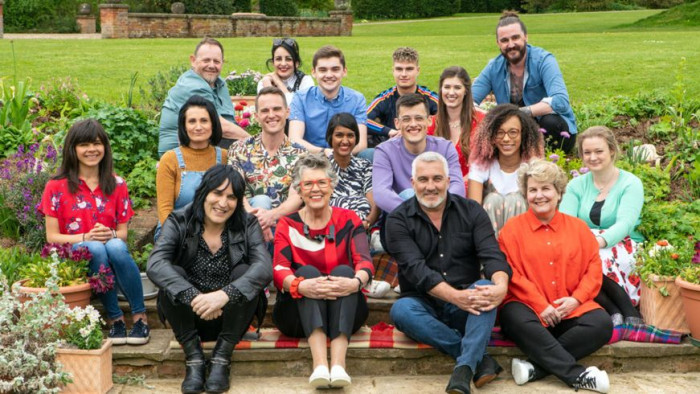 Channel 4 has unveiled the line up for season ten of the Great British Bake Off. And this year, there will be one extra contestant taking the list up to a baker’s dozen. That’s 13 for people that aren’t up on their throwbacks from Medieval English.

This marks the youngest set of contestants yet, with over half of the hopeful bakers in their 20s. Only two bakers are over the age of 36, and while the mean age is 31, that’s brought up by Phil, a 56-year-old HGV driver from Essex.

It’s a pretty diverse bunch, career wise, with a Geography teacher, a theatre manager and a vet who mentions part of her job as “treating drunken hedgehogs.”

Here’s the full list, straight from the horse’s mouth. In this performance, the horse is played by a Channel 4 press release. There are full Q&As on site, but we’ve picked out a single quote from each to try and distill their personality into one tasty bite.

“I think I would make a cake that resembled a mobile phone, as that was a happy moment when I got the call that I was going to be in Bake Off. With all the different apps on in coloured icing.”

“I am really excited to tell my godson who is 6 that I am on Bake Off and that will be the best thing ever.”

“I was so adamant to get on, it’s very hard to describe the feelings, all strange and surreal. And then when you are in the tent it all feels normal pretty quickly.”

“I have watched Bake Off from the start, and I have daydreamed so many times walking to work about being in it for such a long time. And when I got accepted it was such a mixture of emotions. Then I thought, this is really crazy, am I good enough, will I have enough time to practice?”

“I was literally numb on the first day, I couldn’t take it all in, really. It was such a blur, and it hit me afterwards that I had made it into the Tent.”

“I have wanted to get into the tent since series 2. They filmed it at the end of my road, so I used to see Paul Hollywood when I walked past the tent to go to school in the mornings, so I really got into it.”

“All my mates don’t even know that I bake so they will get a shock to see me in an apron!”

“One night I applied as I was a bit bored, I never thought I would get to the audition process. So when I found out it was a mixture of shock and blind panic!”

“I was so emotional when I found out, I cry when I am happy and cry when I am sad. I have wanted it for so long, so I couldn’t believe it.”

“To get in there now, is an amazing experience that I won’t forget for the rest of my life.”

“When I saw the field that previous bakers have gazed out on. I heard the music in my ears as I walked down the steps.”

“The nurses at work are going to be so surprised, they will have no idea. They asked me the other day would I apply again and I could honestly and categorically answer, no I don’t think I will!”

“It’s just beyond anything that I can imagine, because I didn’t really dream that I would get in, it has been the most incredible surreal experience.”

So there you are, that’s all of them. You’ll be able to watch how they get on in the tent from Tuesday 27 August. Hopefully when it gets under way, it’ll find a slot on our list of the best TV shows...