There's a Back to the Future Musical heading our way

And, it's got an award-winning team behind it. 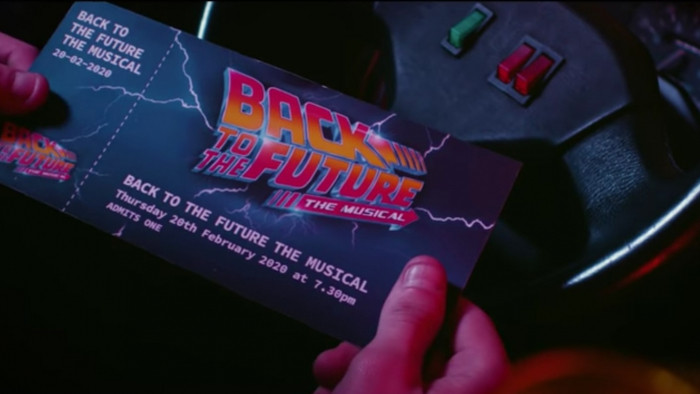 Following reports that The Karate Kid is getting a Broadway makeover, it seems no '80s classic is safe because Back to the Future: The Musical is real.

If you don’t believe us, take a look at the show’s trailer - featuring the O.G. inventor himself, Christopher Lloyd.

The actor who played Doc Brown in the 1985 cult classic had his very own cameo in the trailer, which sees Marty McFly (Olly Dobson) hand him a set of keys before dashing off.

Lloyd won’t be starring in the musical but it might reassure you to know that this is by far an amateur show - the team behind the time-travelling musical are littered with awards.

A new score is being composed by Grammy Award-winning duo Alan Silvestri and Glen Ballard, and the musical is directed by Tony Award-winning John Rando.

These new songs will also be accompanied by the movie’s iconic hits The Power of Love, Johnny B Goode, Earth Angel and Back in Time (just please don’t sing along).

Back to the Future: The Musical will be on at the Manchester Opera House from 20 February, before transferred to London’s West End later in the year.

Tickets are also a bargain with prices starting at just £13.