The trailer for 'Good Boys' could be called 'Young Superbad'

Doesn't make us want to see it any less though 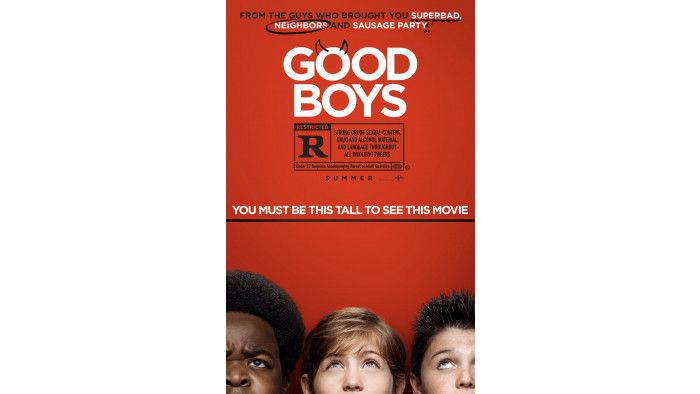 The trailer for Seth Rogen’s new film Good Boys looks like it could be a prequel to Superbad, and actually we’re totally fine with that.

Breaking the fourth wall in the clip, Rogen, one of the producers of the upcoming release, explains to the film’s stars Jacob Tremblay (Room, Wonder), Brady Noon and Keith L. Williams that they’re not old enough to watch their own trailer.

As Rogen explains they can’t watch their own clip, the boys exclaim ‘That’s fucked up!’ to which Rogen replies ‘Oh it is fucked up. You can say that. But you can’t watch yourself saying that. Welcome to Hollywood.’

We then see the boys embark on the usual shenanigans – a school cafeteria scene, a drone that they use to spy on older girls, an encounter with the law, a frat party, and the adventure that ensues when they try to get their drone back. Including a game of chicken across a motorway that makes you tense up as you’re watching it even for eight seconds.

Good Boys is released in the UK in August. We just have one question: will there be a cameo from McLovin?