Barack in the limelight 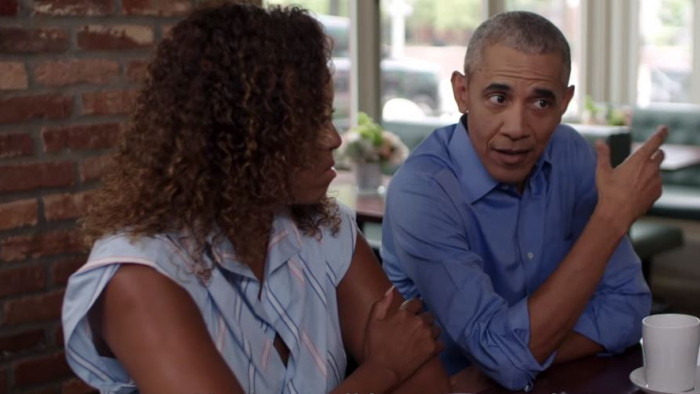 Higher Ground Productions, the media creation founded by Barack and Michelle Obama, has its first project on Netflix.

It’s called American Factory and is a documentary by Julia Riechert and Steven Bognar about a Chinese automotive glass company opening up in Dayton, Ohio, in the place of a General Motors plant. The documentary highlights the culture clash between Chinese management and the 2,000 American workers hired to do the work on the ground.

As NPR’sTV critic Eric Deggans said: “What ends up happening is there's a clash between work cultures. Chinese workers think the Americans are lazy and don't grasp the training fast enough. And the American workers feel they're not respected by the Chinese and that the Chinese don't have appropriate regard for environmental and safety regulations.“

The film has actually been around for sometime: it debuted at Sundance back in January, before Higher Ground bought up the distribution rights. As you can imagine, that means that the Obamas are nowhere to be seen in the piece, but Netflix is clearly keen to get a touch of their star quality, releasing a conversation between them and the filmmakers.

“One of the many things I love about this film, this project that you two did together, is that you let people tell their own story,” Michelle Obama tells Riechert and Bognar in the clip. “American Factory doesn’t come in with a perspective; it’s not an editorial. I mean you truly let people speak for themselves, and that is a powerful thing that you don’t always see happen.”

Her husband then goes on to explain the couple’s vision for the media group. “We want people to be able to get outside of themselves and experience and understand the lives of somebody else,” the former president says. “Which is what a good story does. And, that’s why we’re calling it Higher Ground. The idea is that rather than pursuing the lowest common denominator, let’s see if we can chase the highest one.

“Let’s see if we can all elevate a little bit outside of our immediate self-interest and our immediate fears and our immediate anxieties and kind of take a look around and say huh, we’re part of this larger thing. And if we can do that through some storytelling than it helps all of us feel some sort of solidarity with each other.”

A contender for our list of the best documentaries on Netflix? Let us know what you think...