The Lord Of The Rings TV series review round up: one show to rule them all?

This is what the critics are saying about The Rings Of Power. 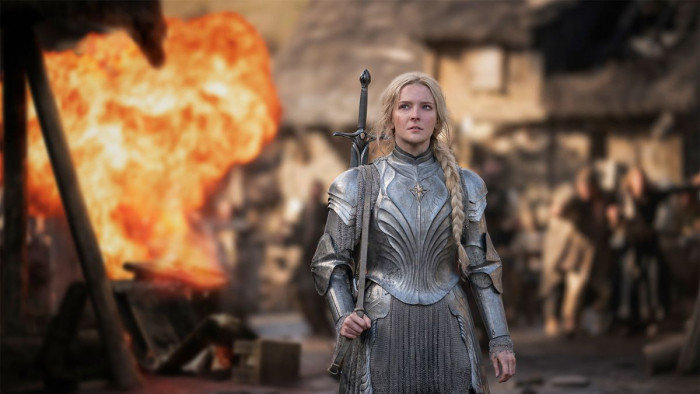 The Lord Of The Rings: The Rings Of Power has finally been shown to an audience, with its first two episodes premiering on the big screen this week.

The Rings Of Power is one of the most anticipated upcoming TV shows of recent years. The fantasy epic mines the work of JRR Tolkien, stories that are based on events thousands of years before The Lord Of The Ring books, which Peter Jackson adapted beautifully for the big screen.

The official synopsis is as follows: "An ensemble cast of characters, both familiar and new, must confront the re-emergence of evil to Middle-earth. From the darkest depths of the Misty Mountains to the majestic forests of Lindon; from the island kingdom of Númenor, to the furthest reaches of the map, these realms and characters will forge legacies that will live on long after they’re gone."

This adaptation is being overseen by JD Payne and the first reactions from the first two episodes of the show are finally in.

We already had hints of the quality of the show when some Tolkien fans were invited to see some early scenes. Now, the first two episodes have officially aired (on the big screen) and the reactions are in

Here's what the critics are saying and below we have the initial social reactions, too.

The Guardian calls it: TV that is made for big screens, although surely destined to be watched on smaller ones. It is so cinematic and grand that it makes House of the Dragon look as if it has been cobbled together on Minecraft.

The BBC notes: "For a television series, the production values are staggering. The sets feel huge and lived-in, the costumes are beautiful and intricate, and the digital effects are sharper than most movies."

Empire says: "These new characters will take some getting used to, and time will tell if we can love them as we did Frodo, Aragorn and the rest."

GamesRadar reckons: "Every scene feels as dense as one from a movie – there’s barely a minute for the scripts to breathe as we cut from location to location. When The Rings of Power slows down and lets the characters just talk, it feels fresh."

SlashFilm believes that "The Rings of Power bides its time when it comes to storytelling. But the first two episodes, particularly episode 1, move at a remarkably breakneck speed. Best of all, they do so without ever feeling rushed."

CNET notes: "The Rings of Power is a cinematic trip back to Middle-earth that'll make you want to volunteer your axe with a hearty "why not?""

RogerEbert.com explains: "While these first two hours read as a little dry, there’s plenty of promise in the robust world of “The Rings of Power”—hopefully, enough to overcome the stiffness of its prologue."

Variety says: The Lord of the Rings: The Rings of Power slots as neatly into Peter Jackson’s preexisting cinematic universe of “LOTR” and “Hobbit” films as a series could feasibly manage, while also expanding on the lore fans have parsed for decades."

Our Verdict: Shortlist has also seen the first two episodes of The Rings of Power and were blown away be the majesty of the show. This is the best-looking TV series we have ever seen, the sheer scope of the thing is jaw dropping. It's a real shame, then, that it's limited to the small screen as it more than matches Peter Jackson's majestic movies.

While the visuals are breath-taking the plot is taking its time, a little too much, but we can't wait to see just what Prime Video has in store for the remaining episodes.

Below are the initial The Rings of Power reactions when the show premiered earlier this month...

I can now say that the first 2 episodes of #TheRingsOfPower are as cinematic as fantasy can be on TV. Feels made especially for Tolkien fans and is as *epic* as LOTR should be.

Really, really fun. I remember buying the Silmarillion as a schoolboy when it was published and it very much not being the prequel I was hoping for. This is the sort of thing I wanted to experience back then. I'll watch the whole series when it drops, with enthusiasm. https://t.co/eEcGJvCOjk
— Neil Gaiman (@neilhimself) August 24, 2022

I'm thrilled to say I was blown away by the first 2 episodes of #TheRingsOfPower. No one needs to spend this much money on a TV show, but if you're going to, dear God, make it look like this one. Utterly cinematic, enchanting, and visionary in the vein of Jackson's 1st trilogy.
— Valerie Ettenhofer (@aandeandval) August 24, 2022

"Rings of Power" is a cinematic experience. In a perfect world, we would watch it on a big screen. It's pure Tolkien and yet feels very connected to Peter Jackson's movies. The FX are brilliant, the acting is superb and the PROLOGUE itself will destroy any awful feeling you had. pic.twitter.com/OQujU0qOYP
— Salem (@rodrigosalem) August 24, 2022

Mellon! I have seen the first two episodes of The Lord Of The Rings: The Rings Of Power: The Series and it's overwhelming and shiny and all I wanna do is pour over maps and climb trees and read poems and talk about my theories (I have theories!) while eating berries

this is just to say that i have seen the first two episodes of THE LORD OF THE RINGS: THE RINGS OF POWER and am battening down the hatches to prepare for my old-and-yet-also-new hyperfixation
— karen han (@karenyhan) August 24, 2022

Have seen the first 2 episodes of the @primevideo's #LordOfTheRings series. Prepare to be blown away by the scale and scope of #TheRingsofPower. I don’t know how they managed to pull this off, but they made a ‘Lord of the Rings’ show that feels like ‘Lord of the Rings.’ ½ pic.twitter.com/OTZjH41WTS
— Steven Weintraub (@colliderfrosty) August 24, 2022

I have seen the first two episodes of The Lord of the Rings: The Rings of Power, and they are a total joy. Watching it feels like stepping back into Middle-earth. I cannot wait to see where this story goes.
— Devan Coggan (@devancoggan) August 24, 2022

The Lord of the Rings: #TheRingsOfPower instantly captured my imagination w/ captivating stories & characters in a Middle Earth that's both familiar & new.

The story/setup is so dense, however, the pacing in EPs 1 & 2 is rather slow, but it definitely leaves you wanting more. pic.twitter.com/nJJSHFMaLo
— Germain Lussier (@GermainLussier) August 24, 2022

I've seen the first 2 episodes of #LordOfTheRings#TheRingsOfPower. It is stunningly gorgeous to look at, and the score is beautiful. It also takes a while to get going, and there's a LOT going on. But for fans of the movies, it'll take you right back at points once it's rolling.
— Alex Zalben (@azalben) August 24, 2022

Yup, I’ve seen the first two episodes of THE LORD OF THE RINGS: THE RINGS OF POWER. So far, it’s incredibly fun and promising, but moreover, gorgeous. Watch on the biggest screen you can. My only caveat is I can easily see how the plot could fall apart beyond Ep 2 or totally rule pic.twitter.com/c6pwFej8nC
— Meghan O’Keefe (@megsokay) August 24, 2022

The Lord of the Rings: The Rings Of Power is out 2 September. Amazon has released a final, epic trailer of the show which you can watch below...