Final trailer reveals just how big it is to become the Cap. 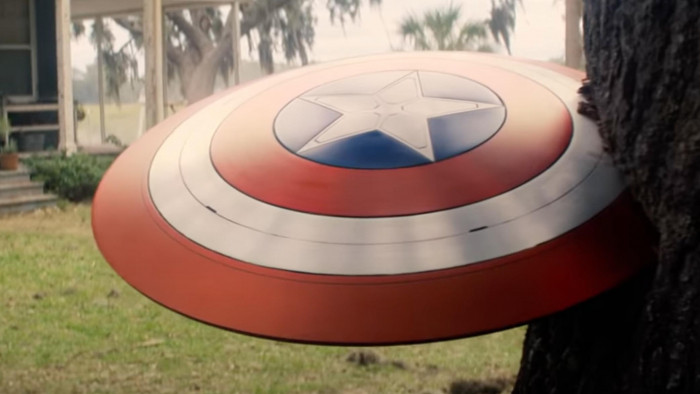 "This feels like it belongs to someone else." And so begins the final trailer reveal for The Falcon And The Winter Soldier, with both Bucky and Sam Wilson discussing the power of the shield.

With Captain America gone, the world needs some inspiration but, as we can see from the trailer, you can't just don Cap's er cap - you have to figure out just what it means to be Captain America.

It's a great premise to the show, two potential Captains (though it's The Falcon who was given the shield) figuring out what you need to up your game after Endgame.

The Falcon And The Winter Soldier will start streaming this Friday - another Marvel marvel from Disney Plus. Yes, there is a Wandavision hole to fill but it's been mere weeks since that show was off screen.

The rest of the trailer features a number of one liners - "Not partners, co-workers" - and a glimpse of the big bad, terrorist Baron Helmut Zemo.

We also get to see Sharon Carter kick some ass and have more of the character Erin Kellyman will be playing - an actress we are going to see a lot more of on Disney Plus, as she's also been cast in the Willow TV series (and was also the brilliant Enfys Nest in Solo).

The Falcon And The Winter Soldier is a shorter series that WandaVision (at six episodes) but it looks like it's going to be action packed and a touch more straightforward to follow.

Here are the best Avengers, ranked - vote for your favourite.